Sony is now accepting pre-orders for its line of Xperia X phones in the US, including the X and X Performance. We've already covered the Xperia X in detail, learning that it's a disappointing phone. But what of the top-of-the-line Xperia X Performance? It solves a few of the issues with the Xperia X, but it comes with a much higher $700 price tag. Is this the Sony phone you should buy, or should you buy none of them? Let's use the Xperia X as a thoroughly mediocre and overpriced yardstick to find out.

The Xperia X and X Performance look almost exactly alike—in fact, I should point out right now that in all the images I have here, the X Performance is the gold phone and the white one is the regular X. Picking up the Xperia X Performance after handling the X, one thing is different; it's heavier and thicker. This phone is a little over a millimeter thicker and 12g heavier. It's not a huge difference, but it's noticeable. The added thickness in particular gives the X Performance a more blocky look. 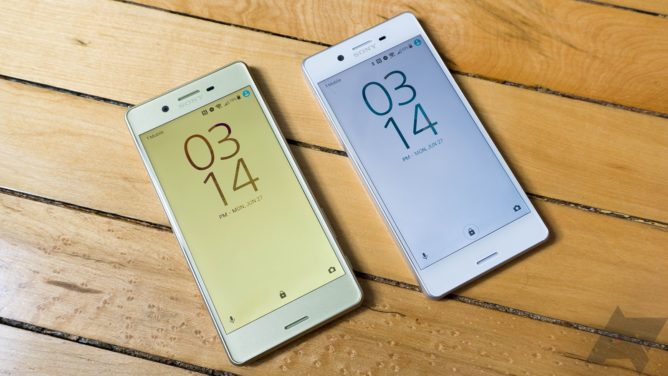 The heftier frame is mostly thanks to one of the Performance's main upgrades over the cheaper X. This phone brings back Sony's usual water-resistant design. It's foolish not to include that on the Xperia X in the first place, but at least it's available on the Performance. As with the Z5 series, there's no need for a clunky port cover. However, that port is still a microUSB rather than Type-C. The rear panel is made of the same aluminum sheet as the X, which is fine overall. I think the texture feels a bit plastic-y, though.

All the buttons are in the same place on the X performance as they were on the X, and that means I should again point out how stupid this design is. The power button is in the middle of the right edge of the phone. Okay, that's fine, but the volume rocker is below that. It is possibly the worst location for a volume rocker, making it incredibly awkward to press while using the phone with one hand. I assume Sony has it there for easy access to digital zoom while using the camera in landscape (the shutter button is at the very bottom), but crummy digital zoom is no reason to ruin the ergonomics of your phone, Sony.

In another repeat of what we saw with the Xperia X, the X performance does not have a fingerprint sensor. For a phone that costs $700, that is really an insane omission. It feels like Sony doesn't even want to sell this phone when every other device in its price range includes this feature. The NFC chip is on the front of the phone like the X, making it essentially useless for Android Pay. Because there's no fingerprint sensor, you have to enter a PIN or pattern to confirm a transaction... but you can't see the screen if you turn the phone around to expose the sensor. It's a very dumb design quirk. 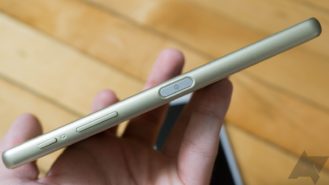 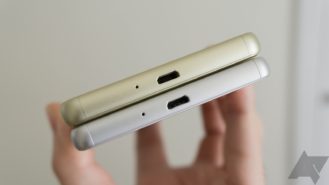 The display on this phone is identical to the Xperia X as well—a 5-inch 1080p LCD. In practice, I think it's a rather nice panel. It has very high brightness and the viewing angles are very good. The biggest issue is color accuracy, but even this isn't terrible. The display just feels too warm at the default calibration. You can fix that somewhat in the settings, but the display gets warmer at off-angles. At this price, I feel like a 1440p LCD would play better, but I don't know that Sony would be able to pull that off, in all honesty.

This phone has the same specs as the Xperia X, with the notable exception of the Snapdragon 820 instead of a 650. That's the same chip used in all the other 2016 flagships including the GS7 and LG G5. Here are some benchmarks to obsess over. 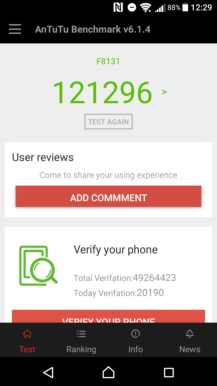 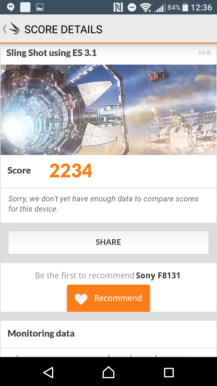 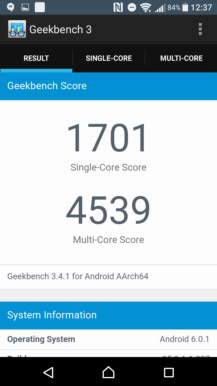 As far as how the phone performs in daily use, it's certainly faster than the Xperia X. Everything is just a little snappier and the system doesn't seem to bog down as easily. The difference in performance between the two phones is very noticeable in games. The Xperia X struggles with heavy 3D titles, but the X performance lives up to its name.

The X Performance has a slightly larger 2,700mAh battery compared to the regular X. However, it's also a more powerful phone. I've found the battery life to be in the same ballpark, though. It's above average for a smartphone with 5-6 hours of screen time over the course of a single day. It can make it nearly two days on a charge with light use.

The Xperia X's camera was bad, especially considering the price. The X Performance camera is exactly the same, and this phone is considerably more expensive. Again, I'm baffled by how badly Sony has bungled this. The 23MP camera sensor defaults to 8MP with oversampling. That's supposed to deliver less noise and better colors. It doesn't work like that, though.

I've taken a handful of solid photos with the Xperia X Performance. However, to have any hope of a good snapshot, you need the lighting to be perfect. Darker areas will be full of noise and the soft, discolored corners will be extremely obvious. Even then, you lose a lot of fine details because of the way Sony smooths pixels, and HDR performance is anemic at best. Maybe the phone is trying to reduce noise with the odd processing, but the effect makes images look muddy. In low light, or even medium indoor light, the X Performance's camera is hopeless. The noise, poor color balance, and weird post-processing conspire to make your images unusable. The reliance on electronic rather than optical stabilization also causes more blurriness issues in dim light. Sony's camera app doesn't inspire confidence, either. It's the same as the X, meaning it's lacking much in the way of manual controls. It also has a bunch of weird AR and other effects modes that no one really wants. I feel the need to point out again that this is a $700 phone, and the camera is garbage compared phones that cost half as much. The $399 OnePlus 3 absolutely blows the X Performance out of the water when it comes to image quality.

Sony ships the Xperia X Performance with Android 6.0.1 and the April security patch level. Other than the slightly newer security patch, everything I said for the X goes for the X Performance—the software seems identical to me. So, there are some good things and some bad things. 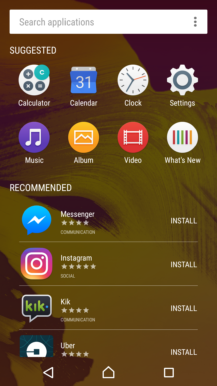 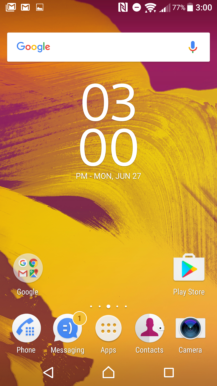 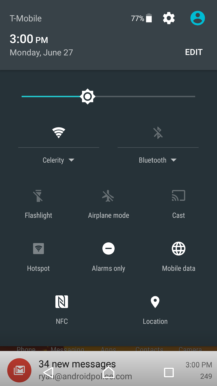 The good includes a mostly stock UI with some useful tweaks like the quick settings customization and the neat lock screen UI. I'm less smitten with the Sony home screen that includes spammy recommended apps in the drawer. There's also an unnecessary cache cleaner in the settings that's enabled by default.

I've seen worse software on phones. If you make a few tweaks to the X Performance, this build of Android is pretty inoffensive.

No really, Sony. Why?

Sony is shooting itself in the foot with the X Performance, but the rest of the X series is problematic too. They just aren't good phones, especially in the US where they lack fingerprint scanners. It's like Sony is trying to force itself out of the smartphone market with products like the Xperia X Performance.

For $700, you get a phone with a nice display and fast internals. It also has multiple foolish design decisions, no fingerprint sensor, and a terrible camera. You could spend that money on a device like the Galaxy S7 or HTC 10 and be much, much happier. Or just get something cheaper like the Nexus 6P or OnePlus 3 that is still vastly superior to the X Performance. 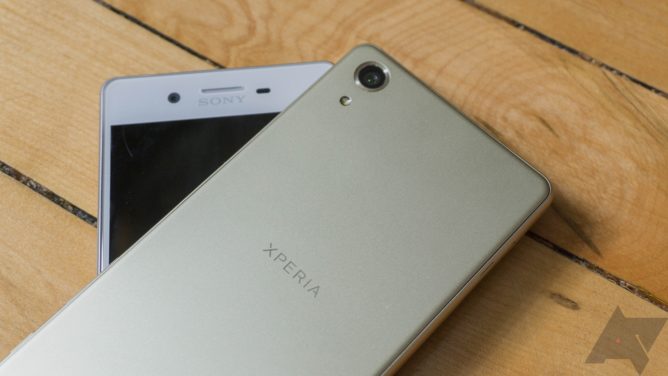 I suspect Sony is pricing the phones high because someone at the company decided the mobile division needs to stop hemorrhaging money. Sony's last fiscal year was marred by a substantial $544 million loss on Xperia products. So, spend less money on the devices and sell them for more? Not the best idea long term, but I guess that's what Sony is going for. Granted, Sony's mobile operating loss was lower last year than in the previous one. You can only push mediocre phones on consumers for so long before that will stop working, though.

This all leaves me bummed because Sony could be moving the market forward and competing with other large companies that make Android phones. Instead, we get these pointless devices hobbled by Sony's unwillingness to spend development/licensing cash on a fingerprint sensor or passable camera processing.

I'm almost contemptuous of this phone's existence because it feels like a blatant cash grab—an attempt to capitalize on the Sony name to sell people an overpriced phone that isn't competitive. You should not under any circumstances buy this phone.

Google's Awareness API is now out, filled with promise and potential for abuse