A few small tweaks to the YouTube player UI for Android have caused a few issues of late - digital issues. And by digital, I mean digits, as in fingers. In summary: it's hard to touch stuff right.

You see, the YouTube app for Android has been experimenting with this new player UI for some time now, but as it rolls out to more and more users, some issues are cropping up. Specifically? Well, for one, the progress bar is now a little too responsive given the placement of the "full-screen" button in the portrait UI. The newer YouTube UI places the "full-screen" button directly above the progress bar for the video, whereas previously this button sat to the right of the bar, as below. 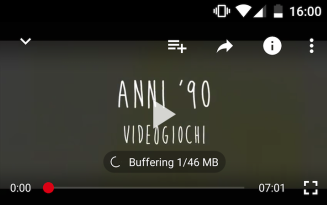 The newer layout changes this up, obviously, and the end result is a lot of accidentally fast-forwarded videos. Instead of pressing the full-screen button as intended, there's a pretty good chance you'll accidentally trigger the progress bar instead and seek to the end of the video - which is understandably very annoying. Granted, it's really only a problem in portrait view, as in landscape, the full-screen button still resides to the right of the video progress bar.

The second frustration stems from the addition of the previous and next video buttons a la the YouTube Music app. Instead of pausing your video, you may accidentally hit the next video button - something that happened literally as I was attempting to take a screenshot for this post. It's legitimately annoying. Previously, you just had the play / pause button in the player UI, and this affects both the portrait and landscape views of videos in the YouTube app.

There's probably a better way to do these things, YouTube - I don't think anyone was yelling and screaming for a few more pixels of space for the video progress bar in portrait mode, and while I don't mind the idea of the previous and next video buttons, slightly less play/pause-adjacent placement would probably be welcome. They might be better suited for the very edges of the display.