A little over a year ago, one of the endless April Fool's jokes that cropped up around tech sites struck a chord with gamers. The "SmartBoy" from Hyperkin, sellers of new replacement parts for classic consoles, was a concept that slid an iPhone into a plastic case that perfectly reproduced the buttons and grip of the original Game Boy from 1989. It also included a real game cartridge slot, so authentic Game Boy games could theoretically be played using a modern smartphone screen. It was a little ridiculous - today's phones can already emulate Game Boy titles with ease, and even simulate the buttons with a Bluetooth controller - but the idea seemed to resonate with Nintendo fans. 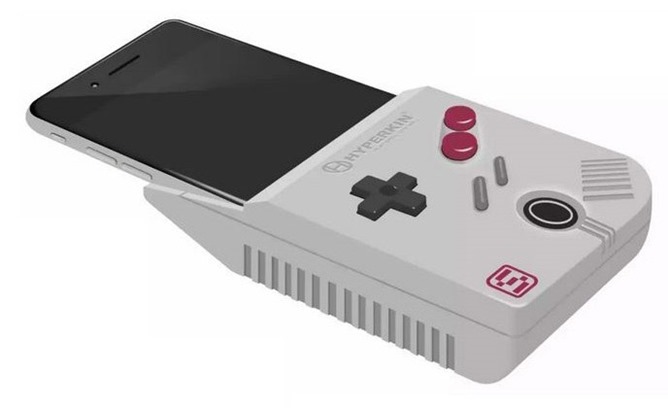 Fast forward to this year's E3 gaming trade show, and it looks like Hyperkin has actually made the thing real. NeoWin reports that the company was showing off an apparently functional version of the SmartBoy at its booth, complete with an authentic Game Boy cartridge for Pokémon Yellow. The demo unit is using a Galaxy S6 Edge for the screen (and probably the speakers as well). The plastic housing covers up the bottom of the phone's physical screen, leaving an approximately square area at the top to simulate the layout of a real Game Boy. 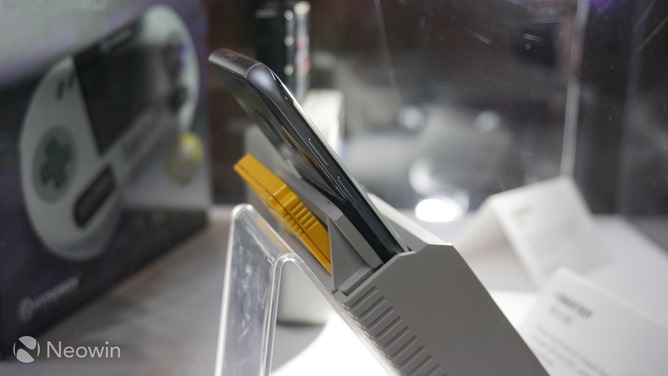 In the United States, hardware patents last for 20 years, so there's already a vibrant selection of reproduction consoles that can play real NES, Super NES, and Genesis cartridges, some of which are already sold by Hyperkin. The company's "SupaBoy," a portable console that can play SNES cartridges, can be seen in the photo above. Presumably there are no legal hurdles for making the SmartBoy, so long as none of the actual Game Boy games (which still fall under copyright protection) are included in the software. A far greater design hurdle would be making just one version of the device that works with a variety of Android phones, accommodating different body sizes, screen sizes, and USB ports of different standards and orientations.

Even so, Hyperkin representatives on the show floor say they're up to the challenge. They expect a retail version of the SmartBoy to be available in December of this year. Details, including pricing and phone compatibility, are scarce.

Well that was fast. Engadget reports that Hyperkin is already taking pre-orders for a developer's kit version of the SmartBoy, with an intended ship date of December 1st. Who knows if they'll actually hit that, but the price is $59.99, comfortably within the impulse purchase range. (Note that this may not be the final retail price.) The page also includes a few more photos of the gadget, which demonstrate how its expandable plastic case will accommodate phones from 5-6 inches in screen size. 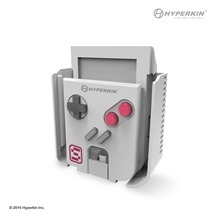 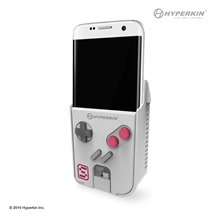 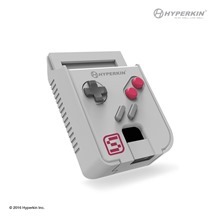 The description says that the SmartBoy uses a "double-sided MicroUSB port" for fitting different phone models, and includes open-source software for allowing the screen output and button input to work with the phone. The housing hides an Amtel microcontroller for basic processing, and the SmartBoy will be compatible with Game Boy and Game Boy Color cartridges from NTSC and PAL regions. This is getting interesting.