The summer Olympics in Rio de Janeiro should be interesting to watch this year, if only in the same sense that a burning building is hard to ignore. As it has been for decades, NBC will be the sole media outlet for the games in the United States. Sports fans can use the official NBC app to keep up with the Olympics on their phones and tablets... though keep in mind that the results of the games, including medal winners, statistics, and a general schedule, will be available in all the usual places like ESPN and Google Now.

NBC's Olympics app is understandably focused on the network's video coverage, but very little if any of that will be live video coverage of the events themselves. No, live streaming is reserved for NBC Sports Live Extra, which requires a cable or satellite login even for the events that are being broadcast on free TV. The video in this app is a bunch of previews, analysis, interviews, biographies and the like - basically all that filler that NBC plays while it's waiting for the next event to start.

Sports fans will probably be more interested in the live scoreboards, complete event listing and schedule, and the traditional medal count by country. Push notifications are available, and users can specify which portions of the app will go to notifications... but unfortunately not by sport or team. All of it's there in the Olympics app and perfectly serviceable, and unlike the live events themselves, it's free to access without a login. 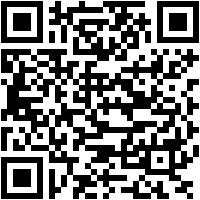 Weekend poll: do you think Google Allo should replace Hangouts?