OnePlus likes to talk a big game, but sometimes the company fails to live up to expectations. The OnePlus One offered solid specs at a low price, but it was hurt by scarce invites and the collapse of the Cyanogen partnership. The OnePlus 2 struggled with hardware and software issues throughout its life as well. In fact, that phone just got Marshmallow a week ago. That brings us to the OnePlus 3. Again, OP is making big promises, but at least it's not threatening to kill other phones this time. This is a big departure for OnePlus in terms of design, and for once you don't need an invite to buy it. I've been using the OnePlus 3 for a day, and I have some initial thoughts to offer.

The first two OnePlus phones had a black sandstone material on the back, though the panel was replaceable on the OP2. This phone ditches the sandstone for a more mature unibody aluminum frame. There's no weird texture or coating here, just bare metal. It feels and looks nice, but it's also a less distinctive phone now. It's sort of a cross between the iPhone and an HTC One M7. OnePlus is selling snap on covers with sandstone and other plastic patterns. They sent some of these with the phone, and I don't feel like they're worth the $25 cost.

While I'm happy to see the camera sensor in a less awkward location compared to the OP2, the OnePlus 3 does have a camera hump—it sits a few millimeters above the rest of the phone. The company avoided this in past years, but its given into the "thinner is better" crowd. At 7.35mm thick, it is a very svelte phone, but it seems like it'd be smarter to drop a larger battery in and just make the back panel flush with the camera sensor. 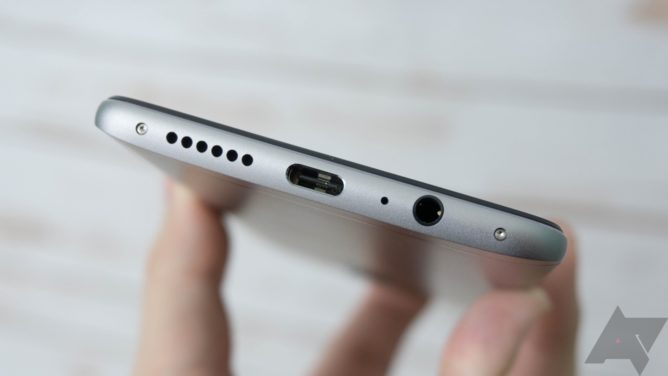 The hardware alert slider is back this year, which I know will make fans of the OP2 happy. I was not personally enamored with this feature last year and I think I still don't care for it now. It basically requires a custom implementation of Do Not Disturb mode. There's no scheduled downtime and changing the notification mode via Android Wear does not work. It's a very awkward solution to a problem no one has.

My experience with the fingerprint sensor has been the polar opposite. OnePlus seems to have nailed this. I still prefer rear-facing sensors ergonomically, but the front-facing sensor on this phone is every bit as fast and accurate as Nexus Imprint on the 6P. I don't care for the capacitive buttons on either side of it, though. They're just tiny dots now, barely visible in bright light. On-screen nav buttons are an option, at least.

The display is a bit contentious—OnePlus is sticking with 1080p resolution, but moving to an AMOLED panel. This is apparently a Samsung panel, but that doesn't guarantee it's a good one. I worry this panel might exhibit burn-in over time, and it's not like OP has a reputation for great warranty support. This is also a PenTile sub-pixel array, as are most modern AMOLEDs. My first reaction is that it looks solid on its own, but next to a Galaxy S7 the OP3's display doesn't hold up. It's only 1080p at 5.5-inches, so you can see some slight PenTile fringing if you look hard. OnePlus had to make some tradeoffs to get the price down, though. 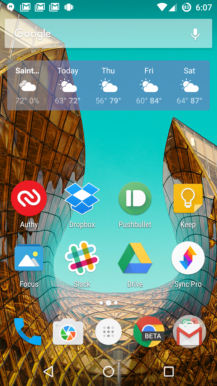 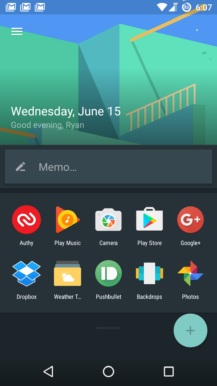 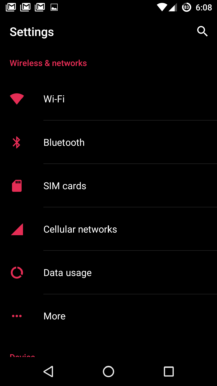 This is the third phone to launch with OxygenOS pre-installed, and it doesn't look like much has changed. It's based on Marshmallow with all the 6.0 goodies, but OnePlus has added just a handful of features to the experience. That's not necessarily a bad thing; sometimes a hands-off approach can be good, but several of the changes seem to have been made just to be different. For example, the Shelf UI on the left of the home screen. It has a photo at the top and a few custom widgets, but it's essentially useless—I can put widgets anyplace on the home screen, so why bother with this? I do like the option to change the app drawer grid size, and the easily customizable quick settings are appreciated. Oh, and a dark system UI? You got it.

It's too early to pass judgement on performance or battery life, but I will say the OP3 doesn't seem slow at all. Multitasking is snappy and apps stay open well with 6GB of RAM. Although, I have encountered a few instances where an app or game closed itself in the background when I really think it should have stayed open. There may still be some weirdness with memory management to be hammered out in future OTA updates. The camera will need a lot more testing as well, but the first few photos I've taken look good. It's not going to be a disaster like the Xperia X camera was. 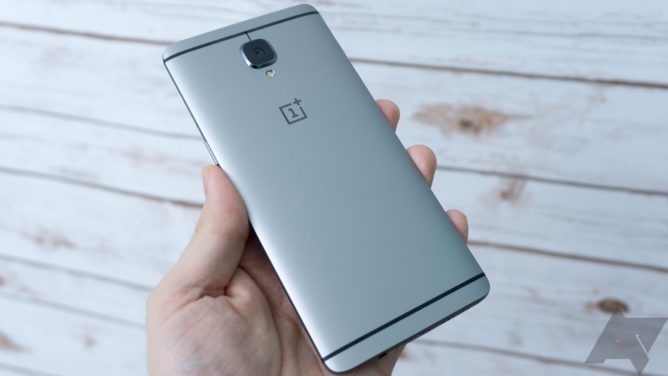 We'll have a full review soon, but in the meantime feel free drop any questions below. I won't be able to answer everything as I haven't had the phone long enough, but I'll answer what I can and try to address everything else in the review.