When Google announced its new chat app Allo, the first thing many people did was go to the Play Store and search for the term "Allo." To their surprise, perhaps, there was a shockingly on-point result: a chat app named Allo Group Voice Chat. This seemed... problematic for Google's new chat platform trademark, to say the least. We asked both Google and [not-Google-]Allo what was being done about this and we haven't heard anything since late May.

Well, lo and behold, I bothered to check in with the not-Allo app on the Play Store this morning via a search - and it was gone. Well, not truly gone, the URL for the app still works and the app itself can still be installed if you had put it on a device previously (or in some non-US regions). But it no longer allows new installs in the US and some other countries, and won't show up in search results on the Play Store unless you had previously installed it. In other words, not-Allo has gone incognito. 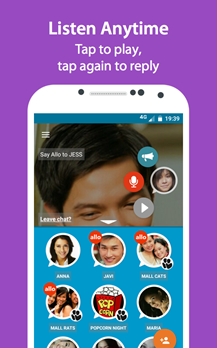 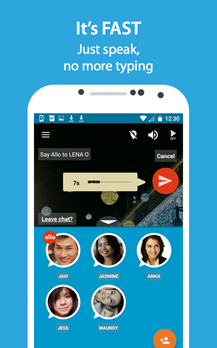 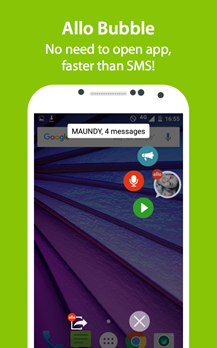 We're left to speculate on the "why" here, but I don't think you'll have to follow along too far on this inferential journey to agree that Google may have had something to do with this, if this Allo was delisted for any reason related to Google's Allo. Delisting an app is the gentlest way to off-board users, allowing existing users to continue using it while basically removing the possibility of getting new ones. If Google had received a concession from Allo to delist their application, it would effectively mean the company was no longer interested in marketing the product or competing with Google's, at least in certain regions.

There's always the chance that the developers of Allo delisted the application for completely unrelated reasons, such as it being abandoned, a bug, or going into a more regional launch mode. Google's exact role in the application delisting, if there was one, will likely remain a mystery - though we have asked them about it. Given that this Allo chat app existed well before Google's was announced, though, it's probably safe to say the owners had a decent trademark claim to the name, so I wouldn't rule out the possibility of Google compensating them in exchange for effectively shuttering the product.

Edit: It appears the delisting is regional (i.e., only in the US), as some non-US users still see the not-Google-Allo in search results and are able to install it. We've asked the creators of the Allo app about this, and will update if and when we receive a reply. It's possible the app was available in the US as a bug at some point (or an accidental setting of the app to global distribution), and that this has simply been corrected.

The makers of Allo, for their part, claim the app was never listed in the US in the first place.

Our trial is a regional one, and we're still in trial mode. We didn't actually list in the US, so we couldn't "delist" as it were.
We're based in the UK / Europe and have some dev folks and testers here but the main focus of the trial is in the Philippines.