There is no doubt that the headline feature of iOS 10 as far as Apple and Google is the opening of Siri to developers. Google Now has been on Android for years, and while it’s always been better than Siri on the whole - smarter, more fully-featured, and consistently updated - to say that a lack of an access point for third party developers into this intelligence has been a functionality “gap” would be the understatement of the year. It’s a real problem, and now Siri may well push Google into acting on it before it’s truly ready to. But Siri remains the clear conceptual and technological second fiddle to Google Now, and with Google Assistant on the horizon, a more open Siri is likely the only way the comparatively AI and cloud-weak Apple can keep its voice assistant relevant. 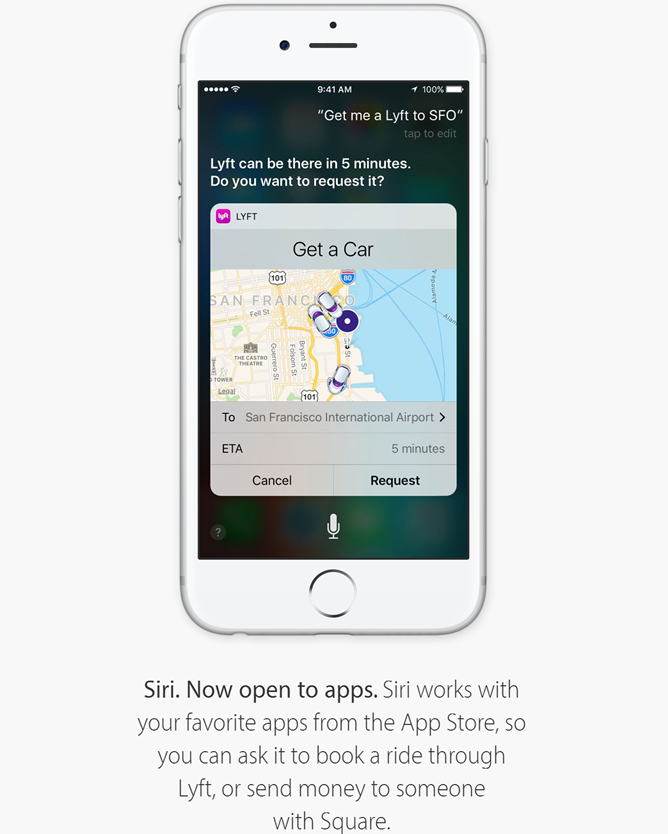 Google Now should frankly already do this.

In fact, we see almost every facet of iOS attempting to become smarter, more responsive, and more predictive in iOS 10. Photos gain more robust searching and automatic video collages (a la Zoe and Google Photos). The keyboard now intelligently pulls from things like contact data in your phone to suggest relevant information - it even supports multi-lingual typing. Raise to wake is a near-shameless copy of ambient and active display. Maps can scan your calendar to suggest where you might want to go based on upcoming appointments. Like Siri and iMessage, Apple Maps also now supports 3rd-party integration, letting you make reservations or order take-out right from the app. 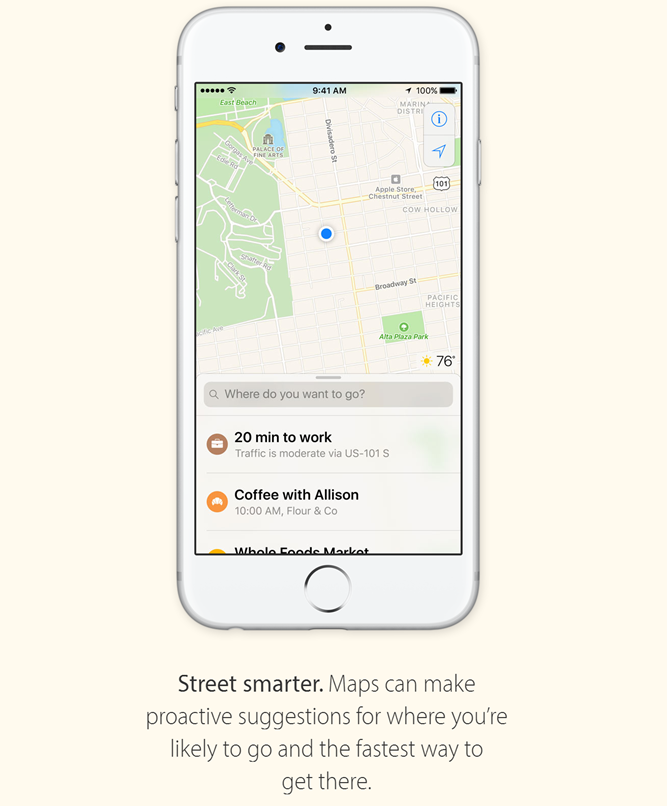 In a word, iOS 10 is about being smarter. It’s about making your phone more likely to give you the information right when or even before you know you want it. And where have you heard that before - over, and over, and over? Giving you the things and information you want intelligently has been Google’s modus operandi from the day Now was announced.

And this, to me, is a good thing. That Apple has recognized the future of the smartphone isn’t in the cleanliness of a design or cheap technological party tricks, but in truly endeavoring to make life a little easier and our pocket computers more intuitive about our needs, is great. Now, all of this does ignore implementation in reality - whether Apple’s particular takes on making your smartphone meaningfully smarter will work out remains to be seen. But they clearly have the right idea, and that idea has been pushed harder by no one in the past several years than Google. 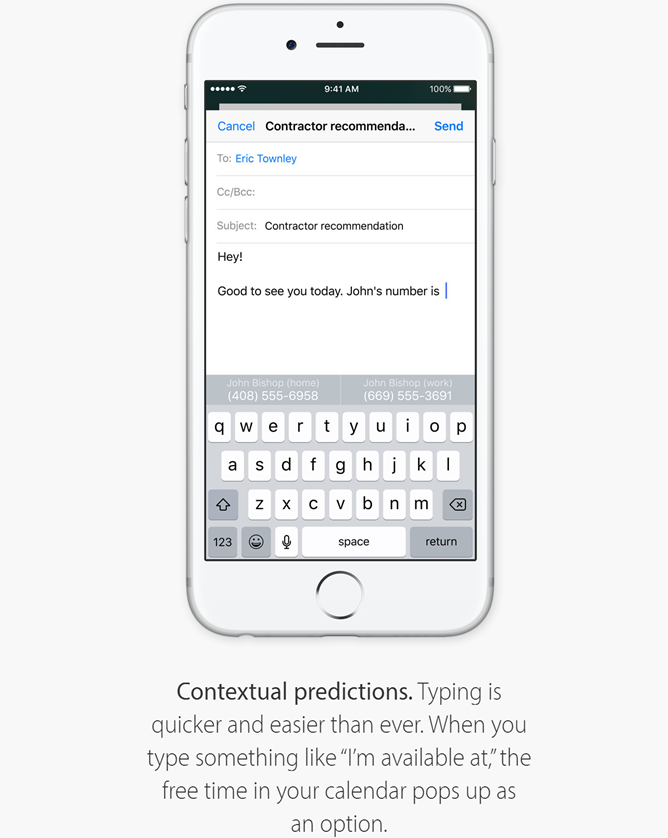 And this is why I say iOS 10 is a love letter to Android - it’s Apple saying “listen, we think you get it - but we want to show you our version of the future, because we think it’s better.” Apple’s focus in localizing many aspects of device intelligence and heavily obfuscating data that does go up to the cloud is certainly winning them fans among the security-minded, and I am curious how Google will respond. Apple, too, has put iMessage’s feature-set into overdrive, and I think Allo is all but a lost cause for it. Almost nothing Google can do will get iOS users who love the increasingly powerful iMessage to switch to some new platform - the benefits of multi-OS messaging didn’t sell Google Talk, they didn’t sell Hangouts, and they won’t sell Allo. Multiplatform mobile chat is already a market essentially owned by the likes of WhatsApp, Facebook Messenger, and a handful of others, anyway. The moment the day finally comes that Apple decides to release iMessage for Android, even a half-baked, broken version, Allo - or whatever messaging service Google is pushing at that point - is going to be a dead app walking. 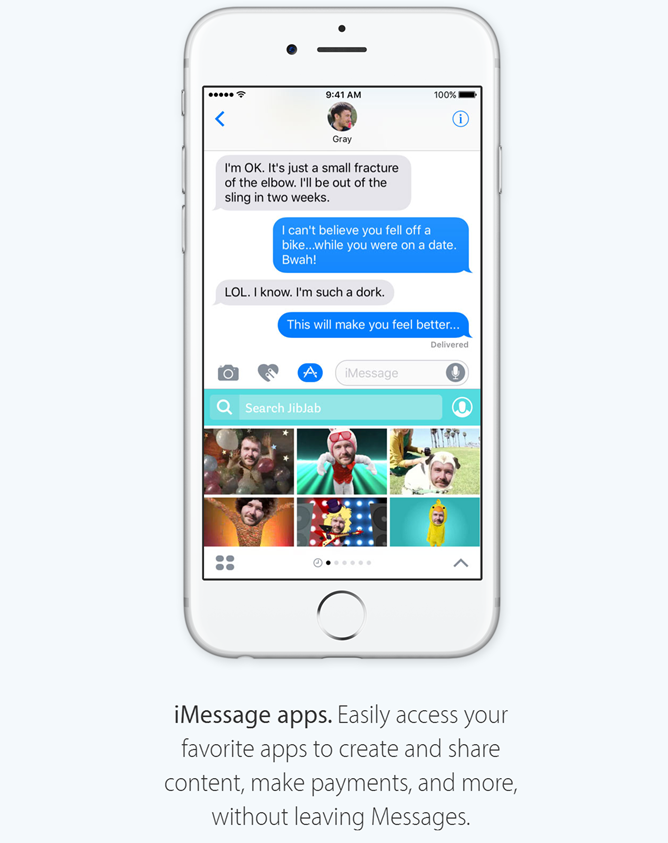 Apps for iMessage could be a boon for developers and users alike.

But Apple, too, has a problem with competitors working their way into its mobile OS. With iMessage, Maps, and Siri now being open to developers, Google will likely work to develop compelling integrations with Google products and services that work with these apps. Google has been unafraid to make iOS a serious business, and I doubt it’s going to suddenly upend that strategy now.

iOS 10 may be Apple’s most serious attempt to tackle Google’s vision for mobile head-on, and being iOS, far more people will see it before they do Android N. Say what you will of the iPhone itself, but Apple showed iOS users some stuff actually worth talking about Monday.

[Meta] You can now block annoying jerks in Disqus comments