Android N Developer Preview 4 is out and it marks a very important milestone in Google's release schedule: the API for the next version of Android is officially final and developers can begin posting apps built for it to the Play Store. In fact, this is a first for Android, never before have developers been able to post apps to the Play Store targeting a preview version of Android. Users can now look forward to trying out 3rd-party apps that target Android N without jumping through hoops with individual APKs.

Play publishing
You can now publish apps that use API level 24 to Google Play, in alpha, beta, and production release channels.

As new updates roll out for Android Studio, you should see minor improvements in the new project wizards and AVD manager as we add enhanced support for API 24. These are primarily cosmetic changes and should not stop you from getting your app ready for an update in the Play store.

Developers using Android Studio should be sure to update to at least version 2.1.2 (or above). Apps built to target Android N can be distributed as staged rollouts and through any of the Play Store release channels including: alpha, beta, and production. Keep in mind that there are some behavioral changes in Android N that will only appear for apps targeting API 24 and above. 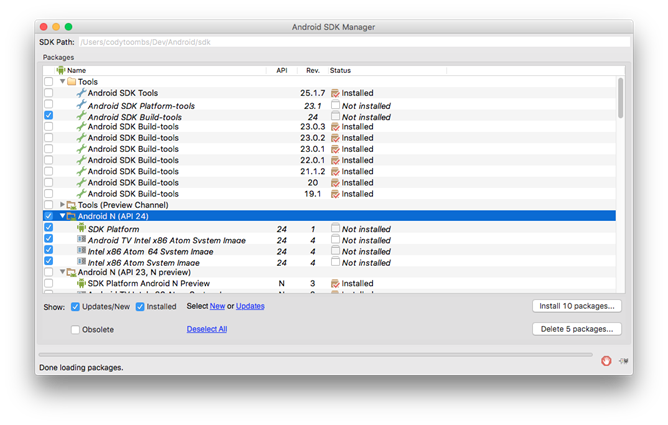 While the API is final, both the SDK and preview versions of Android N may still contain some bugs. And don't forget to report them through the issue tracker.

The first Android phone to get AT&T's Wi-Fi calling feature is... the LG G4, for some reason