The Samsung Galaxy S7 Edge has one of the best battery lives of any Android flagship on the market right now. It is, in fact, the first smartphone that I've carried in a long time that doesn't make me panic when I have to rush out of the house for a few hours on less than 40% battery. But this consistency and reliability don't mean that there are no times when I wish I could extend its battery life even more. Maybe for a road trip, a small weekend away, or any occasion where I don't know how long I will have to be away from a wall outlet.

ZeroLemon makes extended battery cases just for these occasions. It's an external battery that plugs into your phone and comes with a large TPU case that keeps them together so you don't have to worry about wires or carrying two separate things. And now they're just releasing the model that suits the Galaxy S7 Edge.

It's an 8500mAh battery, which should triple the battery life of your phone, but given the efficiency rate and loss in charging, will at least provide 150% more than your phone's 3600mAh battery. There are LED lights to indicate how much power it has left, pass-through charging to fill up the phone first then the external battery, and a port that lets you charge other devices too if the need arises. The only downside is the added bulk, but if you're only going to be using it on special days, it won't be a problem. ZeroLemon has provided a nice graphic to show you the exact dimensions of the whole setup. 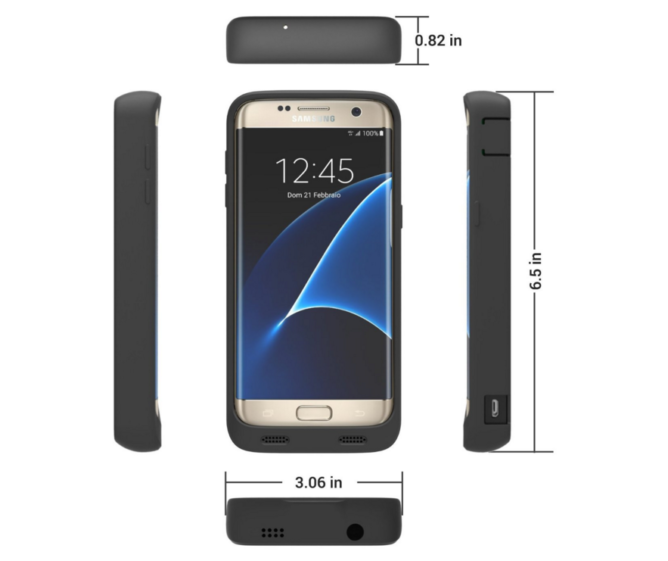