A couple of months ago, while tearing down an updated APK, Cody found hints that Google Maps would be crowdsourcing to curate suggested edits to Places. The feature didn't appear to go live then, but it seems that it's been showing up for some users over the past couple of weeks.

If you're checking a place in Google Maps, you might start seeing notes in yellow below certain information telling you that someone has submitted an edit for said info. Tapping that surfaces a card which is very similar to the ones that Google Maps uses to ask you questions about Places. You'll see three options there: the suggested edit, the current information, and one to say you're not sure. You also get a quick button to call the place to verify the conflicting details. 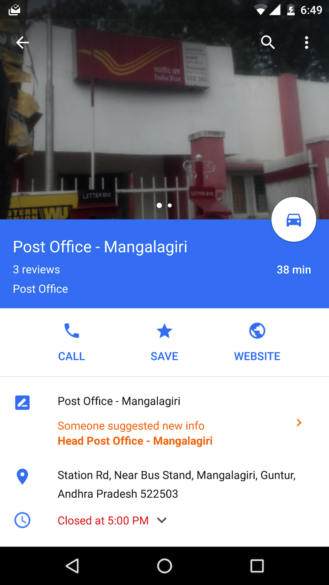 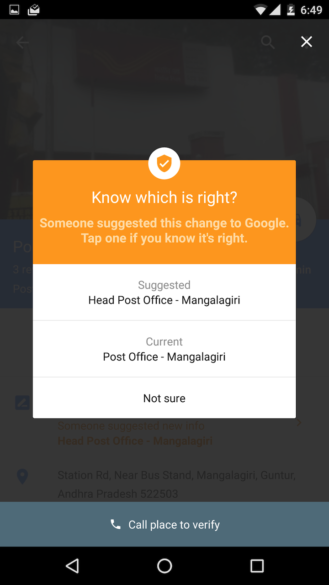 It all looks super slick and it should help Google scale information accuracy by using the wisdom of the crowd instead of having a moderator or trusted user go one-by-one through each suggestion to verify it.

According to a little crowdsourcing of our own, the feature has only been live for the past couple of weeks, but it might also be limited to trusted users as @dunofrey told us. It could have also been limited before but is now being opened to more and more users. Let us know in the comments if you've been seeing these verification cards and for how long.