Like Hangouts was at launch, Messenger does not merge existing conversations and SMS into the same thread, an option that took half a year to arrive in Hangouts. Facebook's shows SMS conversations in purple, while Messenger chats remain blue. SMS integration is exclusively an Android feature, but you can send texts to people on any platform. 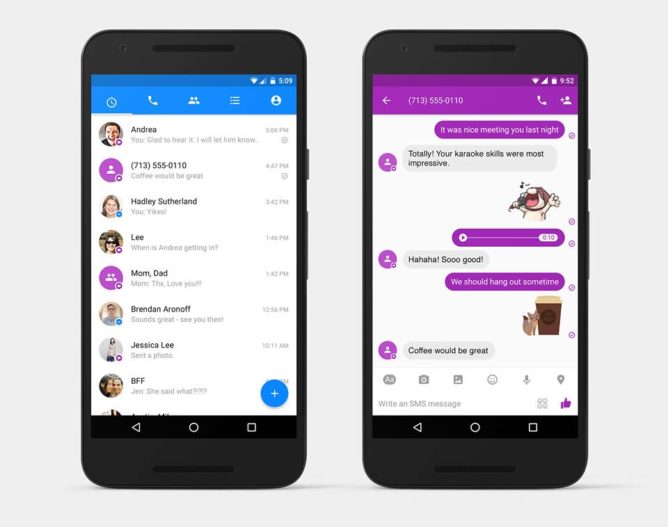 To enable SMS support, go to app settings, select SMS, and look for Default SMS app. As usual, you can revert to your previous texting app at anytime if the experience isn't for you.

Facebook has been testing this addition throughout the year, with some users already having had plenty of time to get familiar. We've covered the functionality way back in February and again last week, so there isn't much else to say. Perhaps now you can free up an icon on your homescreen.

Dallas becomes the next city that may get Google Fiber