Austin is one of the six metro areas where Google Fiber is currently live and the first in Texas. Work is currently underway to make San Antonio the second. Dallas is still in the exploratory stage. This means things may or may not work out.

Dallas shares this limbo state with around ten other metros. Take a look at the complete list below. Existing cities appear in blue, upcoming ones are in purple, and potential additions are gray. 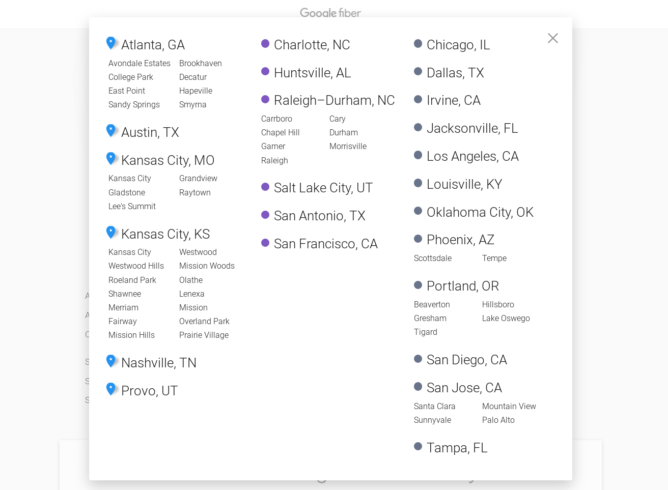 Google is working with local leaders to make the expansion happen. The exploratory process includes observing topography, existing infrastructure, and other factors. Residents can take a look at the checklist to get a better idea of what's impacting their Google Fiber fate.

This history of Motorola video is a must-watch