Oh well, that was fast. It has barely been two hours since we posted about The Hindustan Times jumping the gun and publishing an ad for the OnePlus 3 that reveals the device as an Amazon Exclusive in India, but there's more. Amazon India appears to have grown a little antsy and published the official listing for the OnePlus 3 with all of the glorious details.

We're still sifting through all the details and will update the post as we go, but it seems that all of the leaked specs were accurate: a Snapdragon 820 runs the show, a 5.5" 1080p "Optic Amoled" display is on the front covered with Gorilla Glass 4, there are 6GB of RAM with 64GB of storage that don't appear to be coupled with a MicroSD slot, the charging port is USB 2.0 Type-C with "Dash Charge" technology for faster charging (5V at 4A), a 16MP camera with OIS is on the back and 8MP fixed-focus camera is on the front, and everything is powered by a 3000mAh non-removable battery. 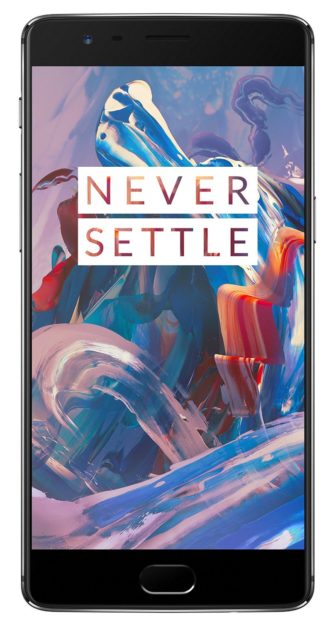 There's a 3.5mm audio jack, because that counts as an added feature nowadays, and yes, there's even NFC! What a modern day miracle. The button on the front is a fingerprint sensor and the speaker is a bottom-firing one with Dirac technology. Oxygen OS with Android Marshmallow is installed on the device — Amazon's listing says that's Marshmallow 6.1 but it's likely a typo for 6.0.1.

Here are images from the Amazon India listing, in case the page is taken down later. Sony Xperia X review: Sony's latest attempt to convince you to buy a phone from someone else