In the image above, we see the wily and elusive OnePlus 3 in its natural habitat, lying in wait for the flagships. Last year's OnePlus device was the 2016 flagship killer, so will this one kill the 2017 flagships? We have only a few days left until we find out. In the meantime, there are two new leaked photos of the OP3, including the one above.

The last two OP phones had that distinctive black sandstone material on the back panel, but the OnePlus 3 is apparently all metal. We can clearly see the antenna lines in the metal frame here, and the camera sensor is in a much more normal place. Actually, I'd say the OnePlus 3 has a more generic look, but that's probably preferable to the OP2 with its bizarre camera module placement. 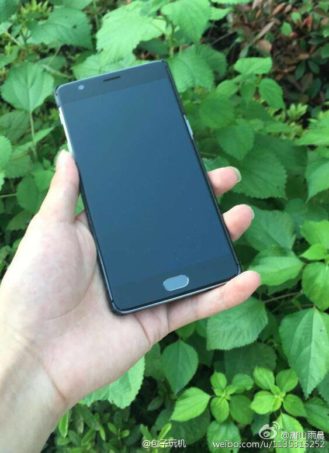 The second photo shows the front of the phone with a larger fingerprint sensor. It also seems to have very narrow bezels. OnePlus is announcing the OP3 on June 14th, and it is said to be going on sale without an invite.

Google Play Services v9.2 Adds Support For All Of The New Nearby Capabilities, And Likely ...

Microsoft Is Buying LinkedIn For $26.2 Billion