Modular design is the coming thing in smartphones... at least it is according to LG and Motorola Lenovo. But what about smartwatches? At least one group seems intent on translating the idea to wearables. The BLOCKS design uses a conventional smartwatch body that houses the primary screen, battery, and SoC, but adds extra functionality via modules that snap into the body like links in a metal band. It's a lot like the Project Ara idea, but integrating the modules into a functional band makes for a surprisingly elegant product.

BLOCKS had a successful Kickstarter campaign that ended in late 2015, but the video above is the first indication we've seen that the concept can actually work. The demonstrator shows off a watch that rolled off of a Chinese assembly line in a near-final form, and according to the company's press materials, it's already using Qualcomm's latest Snapdragon 2100 SoC especially designed for wearables. BLOCKS is based on a modified version of open source Android, but is not specifically running Android Wear.

The modules demonstrated so far include an extra battery, an LED flashlight, a heart rate monitor, a sensor module with temperature and barometric pressure, and a spacer with a normal watch band clasp. Modules can be plugged into the watch itself or each other in any order, and users can apply regular old watch straps if they so choose. The main body is steel, but modules use plastic casing. 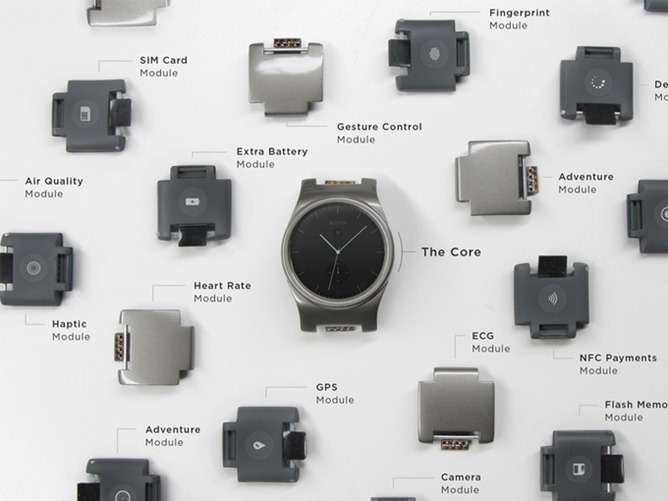 As interesting as the video seems to be, the demonstrator doesn't actually use any of the modules plugged into his watch. The closest thing we get to seeing the modules in operation is the fact that there's a flashlight link on the powered-up unit. That being the case, it's hard to recommend it as a pre-order for $330 (with four included modules). The BLOCKS is scheduled to ship out to backers in October.

[Deal Alert] Woot Offers Discounts On A Smattering Of Bluetooth Headphones And Speakers From ...