The YouTube Gaming app is still young, but each version brings little bits of fine tuning. It's progressively catching up with the main YouTube app while also adding little features that are unique to its focus on gaming and live-streamed events. The latest update to v1.4.41 continues this forward motion with some more subtle adjustments to the interface and a couple of new features. The easter egg count has also gone up by one, and there's even a little bit for a teardown. As always, a link to the download is available at the end. 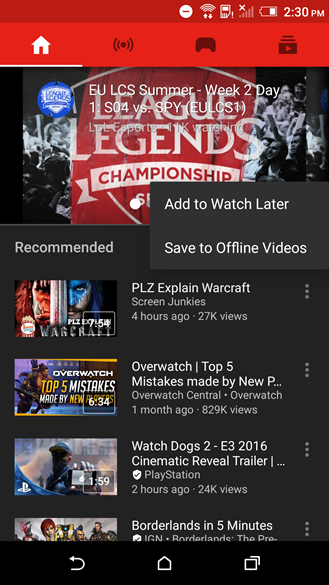 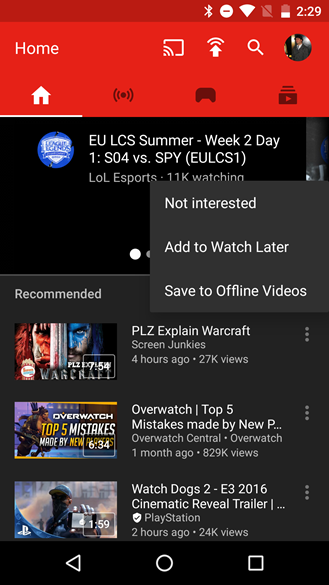 YouTube's recommendation engine isn't perfect, but once it has had time to learn our viewing habits, the results can be very good. But observing what we watch isn't quite enough, it also helps if we can tell YouTube what we don't want to watch. The same is true for gaming videos, so YouTube has moved the "Not Interested" option over to its Gaming app. The option appears in the mini-overflow menu for each video, and only for videos found in the "Recommended" list. 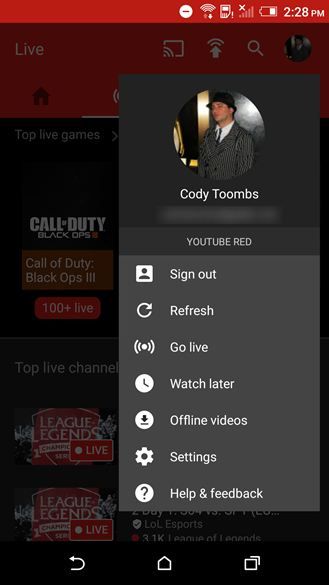 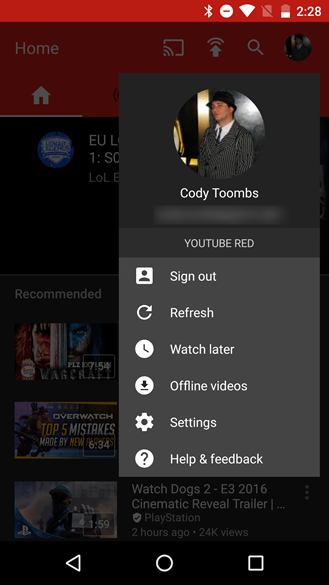 The "Go Live" button was added to the action bar a couple of months ago to make it more discoverable and a little faster to reach. It began its life under the main overflow menu (your avatar photo), and remained there even after the button appeared in the action bar. It seems the move is now official as the menu option has disappeared with the latest update. This probably won't affect too many people, but it's good to know if you've been used to finding it in the overflow menu. 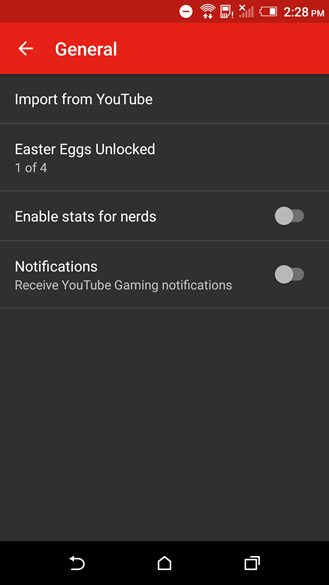 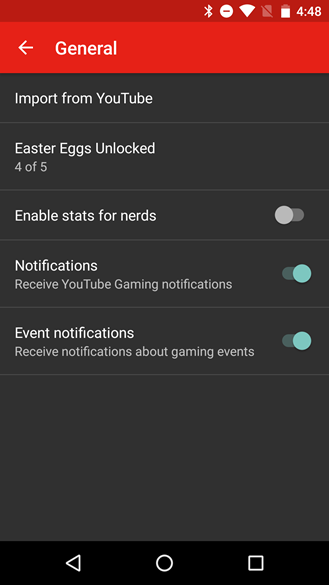 If you've been hunting for every last easter egg in YouTube Gaming, it's time to expand your search. Look closely at the previous screenshots and you'll see the total count has gone from 4 to 5 with the latest update.

*Spoilers* (I guess?) – Historically, the easter eggs have been based on classic video games and added in alphabetical order. This started with Asteroids, then progressed through Battletoads, Contra, and DOOM. I won't completely blow the secrets for activating each, but it's really not that hard to figure them out or search for the clues. In theory, the next name should start with an 'E' and be considered a classic. When I say classic, keep in mind that one game predates game consoles, two more are NES staples, and the last basically defined FPS gaming for more than two decades. Update: The easter egg is hidden in Elder Scrolls V: Skyrim. Thanks, Zaquan Edwin.

YouTube allows uploaders and live streamers to choose cover images to go with their videos in place of a semi-randomly chosen frame. This makes it easy to stack visually distinctive titles and clear thumbnails. It looks like YouTube Gaming is going to get the same functions. An image cropping tool is on the way in a coming release, suggesting the same feature will appear in the YouTube Gaming mobile app.

Other new resources at:

Something like this is obviously just a part of a larger workflow to load up and crop an image. It can obviously be used with both pre-recorded videos when they are uploaded or for setting a cover image on a scheduled live event.

Hands-On With The Moto Z And Moto Z Force (...And Mods)