We've been getting reports over the past couple of hours of WhatsApp showing a reply button when you select any message. Let's start by clarifying this: it's not exactly WhatsApp 2.16.118 beta that's adding this quote feature, but your best bet to see it is on this latest beta version. It might be a server-side switch because some users have reported it on 2.16.116 and 117, but from our testing on a couple of devices, it wasn't there. It only showed up when we updated to 2.16.118, and even then, we had to uninstall and reinstall the app on some phones to get it to work. That's for actually sending reply messages. If you just receive a quoted message, you'll probably see it on older versions of the app too.

So how does this quote and reply thing work? When you select any message in any conversation - be it a text or media message in a one-on-one or group chat - you see a Reply button at the top of the screen among the different options to delete and star and forward. Tap it and the quoted message will show up as a preview on top of the text entry box where you can add your reply. You can tap the x button to remove the quote if you change your mind. 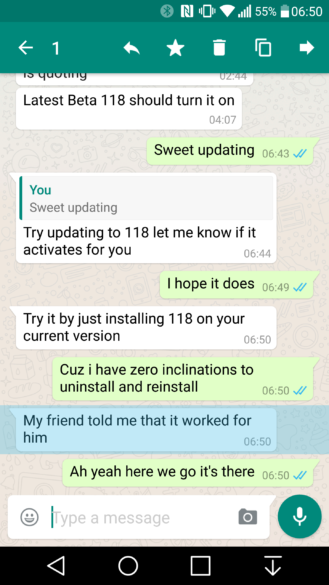 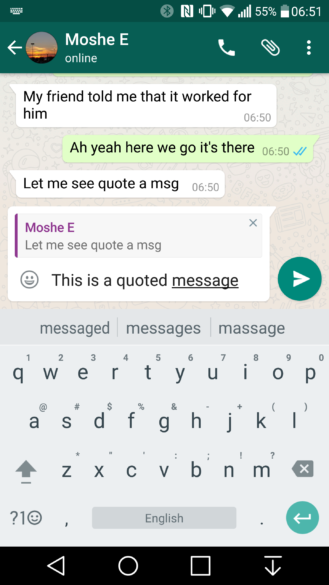 Once you've sent your reply, it will show up inside the conversation with the original quoted message attached on top of it, along with the sender's color-coded name. This should work super well in group chats where each participant gets a specific color. Anyone can tap that attached quote to move to the corresponding message quickly: WhatsApp scrolls up automatically and highlights it in blue then lets it fade away. That's nice if you want to recall in which context a certain message was sent. 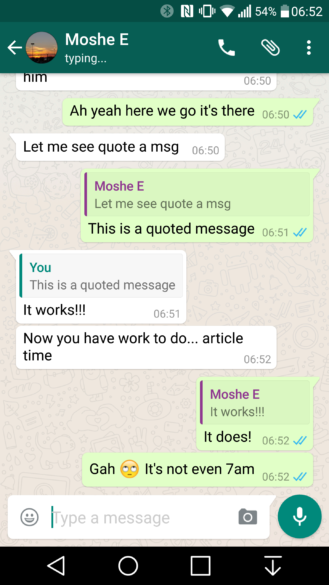 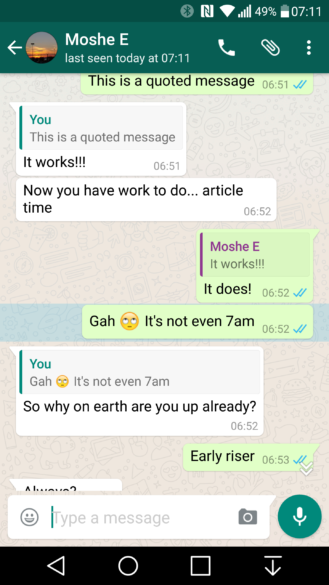 And finally, it's worth noting that you can quote any participant in a chat, including yourself, and that media messages show up along with their preview inside the quote. That's sweet. 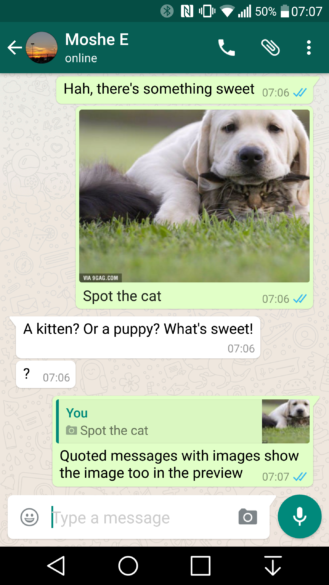 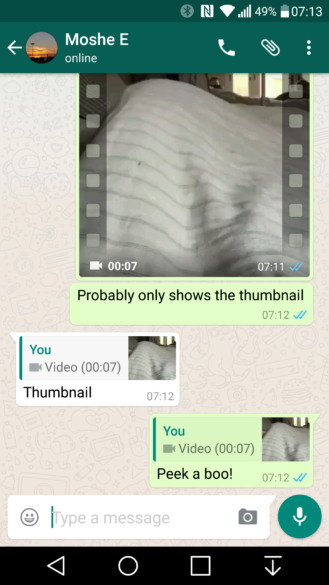 If you want to test this out, your best bet is to update to version 2.16.118 of WhatsApp, which is available directly on APK Mirror or by joining the Play Store beta and downloading the app there. If you don't see it, try uninstalling and reinstalling the app. And don't be surprised if it shows up on older versions of the app too, it could be a server-side switch flipping it for you.