Now that the primary Galaxy S7 series has regained its water-resistant powers, one might wonder why we need a ruggedized "active" version. And the answer is that, while the S7 and S7 Edge are some damn fine phones, all that delicately curved and exposed glass isn't exactly what you'd call durable. If the general tank-like construction of the Galaxy S7 Active isn't enough to turn your head, consider that it has almost exactly the same capabilities as its more mainstream brother (which is fairly unusual for rugged phones), plus an even bigger 4000mAh battery.

After playing around with the AT&T-branded phone for a day, I can say that actually using it is more or less the same as having a Galaxy S7 in one of those tough shells. Compared to a naked S7 it feels a bit chunky and heavy, but not unreasonably so - in the hand it only feels a little bigger than, say, the Nexus 5. Considering all the extra toughness that's built into the phone, not to mention that enormous battery, it's some remarkably compact engineering. It probably helps that Samsung has switched to non-removable batteries, so mistakes like an idiot blogger accidentally soaking the internals of his "water resistant" review device aren't going to happen anymore. 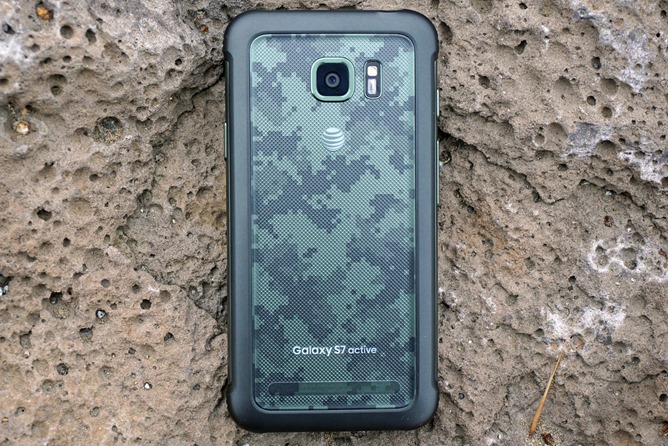 Stylistically, the S7 Active is an improvement on the previous models. That's about as much as you can say in its favor: while it gets rid of some of the superfluous grooves and oh-so-tough faux rivets, it's still a phone with a gigantic rubbery bumper stretched to all four corners. The sides are full metal and the single speaker has been intelligently moved to the bottom edge of the device, but the physical nav buttons nonsensically remain. Why make these separate moving parts? Aren't they just one more thing that can break? The central home button gets a fingerprint reader (something the S6 Active omitted), so that makes sense, but the two flanking buttons are just kind of awkward. Like the last Active model, the combined camera flash and pulse oximeter for heart rate monitoring sit next to the camera on the back.

AT&T sent us the green camo version of the phone, which looks predictably awful unless you happen to be deer hunting. The sand-colored version has about the same level of "ugh", while the blue-grey version of the phone at least makes it look like something other than a GI Joe accessory. 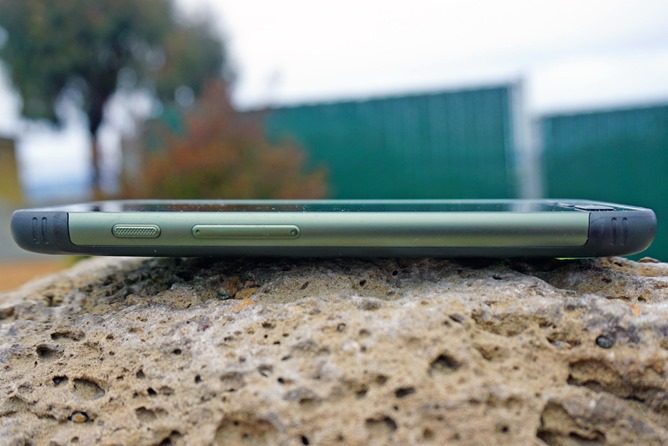 The software has the same Samsung skin on top of Android 6.0 as the other Galaxy S7 phones, the same speedy performance thanks to a Snapdragon 820 processor (on the US version, at least - international variants may get an Exynos), the same 4GB of RAM, and the same jumble of sometimes interesting but mostly superfluous extra bits. Samsung has gotten more subtle with its software over the last few years, but AT&T is still pretty terrible with its bloatware. The new integration of DirecTV is particularly lamentable, thanks to an auto-running widget and notification that keeps telling me to connect the phone to the TV receiver that I don't have. You can turn it off, but the fact that it runs on setup really rubs me the wrong way. 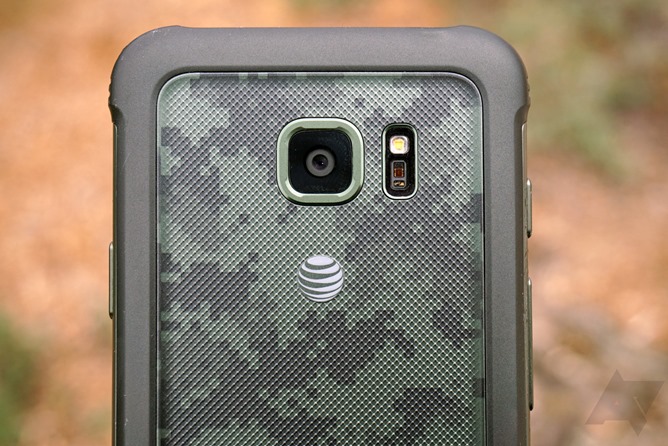 The big difference between the standard S7 and the S7 Active in terms of usability is the Active Key, an extra hardware button on the side of the phone that's inherited from the previous Active devices. It looks like a superfluous power button, but you can set it to run three different apps, one by tapping once, one by tapping twice, and one by tapping and holding. It's like a permeant version of that Pressy gadget, except it actually works. The only thing Samsung got wrong is that there's not built-in way to make this a flashlight button - I had to use a handy app from the Play Store to get that functionality. 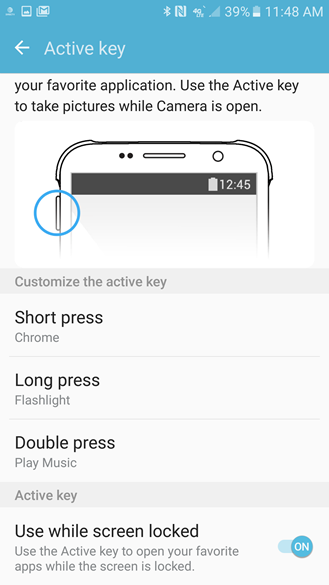 By default it goes to a custom app called the Activity Zone, a sort of digital Swiss army knife with a barometer, compass, stopwatch, and weather and flashlight widgets, plus a link to S Health. I found this mostly useless, so I've bound the Active Key to Chrome, Play Music, and a flashlight shortcut for single, double, and long presses respectively. The S7 Active also has its FM tuner enabled.

The S7 Active gets an Ingress Protection rating of 68, which means it's more or less immune to dust and dirt and can withstand 5 feet of water for up to half an hour. It's also rated as MIL STD 810G, unlike previous models, meaning that it meets US military requirements for resistance to temperature extremes, humidity, vibration, and shock. AT&T says that the phone's "shatter resistant" screen can take a drop of up to five feet onto a flat surface, though whether that's part of the phone's body design or a function of the particular tempered glass, I don't know. The extra padding on each corner would certainly seem to help. 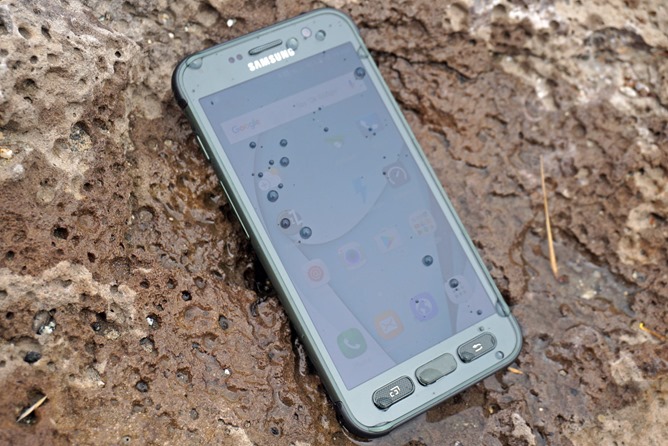 All in all, the phone is surprisingly polished and powerful for a rugged model, even if the military chic look is a turn-off. The real question is whether the extra protection and bigger battery on the S7 Active are worth the $100 premium over the standard model, since its specifications are otherwise identical. Customers will also be skipping the bigger and more stylish S7 Edge at the same price. I'll take a more in-depth look at that value judgement in my full review. In the meantime if you have any questions about the phone or the software, leave a comment and I'll do my best to answer them.