It's been a while since we've heard anything from the Paranoid Android ROM team. Perhaps that's because ROM flashing has fallen by the wayside a bit as stock and skinned Android has made serious improvements, perhaps it's because a lot of the original team was hired by OnePlus to work on its Oxygen OS builds. Whatever the reason, they're back now. While PA is definitely late to the Marshmallow party (the last time they issued a major release was almost a year ago), the team has been revitalized with new developers and support for new devices.

But that's not all. The 6.0 version of Paranoid Android has a lot of work done underneath the hood. Here's a brief look at the major additions, according to the blog's lengthy introduction post: 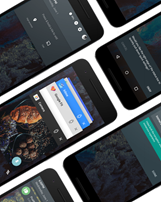 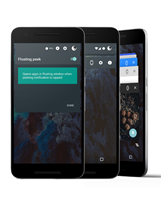 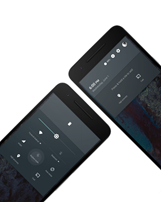 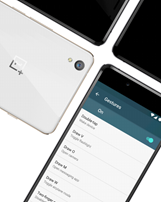 As of today the following devices get "official" support, though independent ROM devs may be able to use the open source code for more ROMs on other phones and tablets. It's an impressive list that goes all the way back to the 5-year-old Galaxy Nexus: Update: apparently pre-PA 6.0 devices are still showing on the download page. The full list of currently-supported devices is considerably shorter.

There's one notable exception to this list: the Pixel C. Google's current flagship tablet is nowhere to be seen, though whether that's due to some kind of difficulty in developing for the hardware or due to a simple lack of access to it, we couldn't say.

It will be interesting to see what kind of reaction Paranoid Android gets. After the team stopped regular output and other large teams of developers like AOKP fell apart, CyanogenMod has been the only major player releasing consistent custom ROMs across large numbers of Android devices. Paranoid's success or failure in its latest attempt at revitalization may be a harbinger for big, team-based ROMs as a whole going forward.