This is the JBL Boost TV ($200), one of the newer speakers in JBL's ever-expanding audio portfolio. As you might surmise by the name, the Boost is a compact TV sound bar. It's also a capable Bluetooth speaker compatible with JBL's Android app and boasting some pretty cool features. I spent the last month using one as the primary speaker in my bedroom; spoiler alert – I really liked it. Let's take a look.

The JBL Boost TV has a smaller footprint than most TV sound bars. It's 15 inches long, five inches wide, and three inches tall and shaped like an elongated football that's been slightly deflated (just the way Tom Brady likes it) that's had its ends cut off. A black fabric mesh, similar to the material found on JBL's portable speakers, covers the entire speaker. Glossy black plastic bass-amplifying end-caps sit at either side of the speaker and the bottom is made of a bright orange rubbery material that is just barely visible when looking at the Boost head-on. 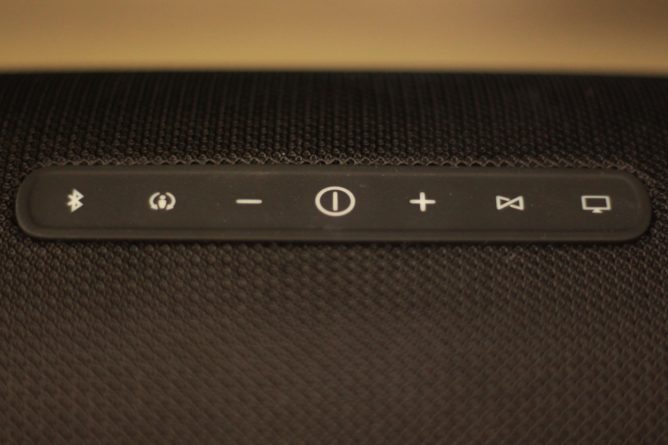 Back-lit controls sit at the top of the speaker and power, optical, and headphone ports can be found at the rear of the device. The speaker is powered by a proprietary charger the size of a standard laptop power brick. As you might guess with the Boost being a TV speaker, it has no battery and must be plugged in to work.

As a whole, the device feels solid and well constructed and is, to my eyes, an attractive speaker. Personally, I think it looks better when used with a smaller TV, like the 32 inch one I photographed it in front of. Setting it up in front of the 50 inch TV in my bedroom, the Boost looked pretty small and a little out of place. That's probably because I'm used to seeing a 40 inch sound bar in its place. 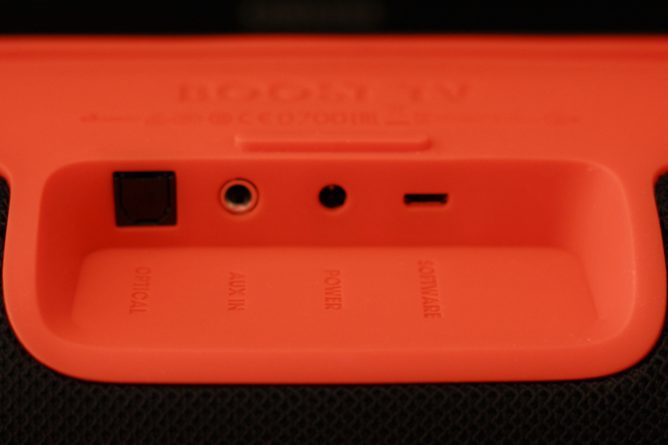 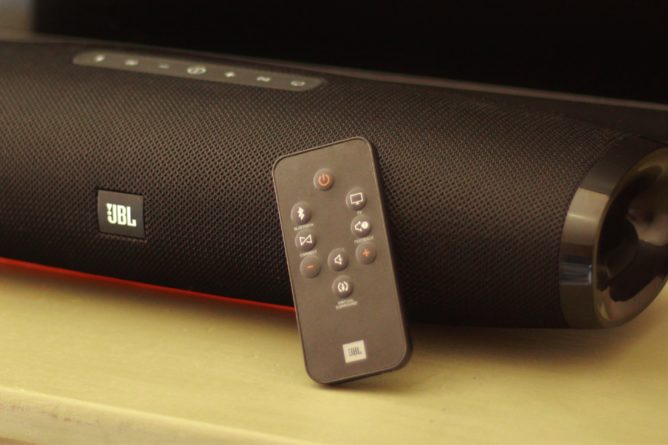 JBL includes everything you need to connect to Boost TV using the available ports. I appreciate it when manufacturers include all necessary cables – there is no bigger pain when setting up a new gadget than discovering you lack one of the cables you need to make it work.

The remote control is a light and thin, making it very easy to lose in bed covers or couch cushions. However, it works just fine, and any universal remote can be programmed to work with the speaker so many people will never use the included controller.

The Boost TV is very pleasant to listen to, particularly when watching movies and television shows. Mids are prevalent, making dialog in movies easy to understand. Bass response is adequate, but those who are used to listening to a sound system with a dedicated sub-woofer may miss some low-frequency rumble.

Music, for the most part, also sounded good through the Boost TV, though I found it to be a little less precise than its smaller cousin, the JBL Flip 3. Complex tracks tended to get a bit muddy, particularly at higher volume, but most music sounded just fine. I do wish that JBL gave users the option to customize the Boost's equalizer settings because I feel with a little tweaking music playback could be improved. 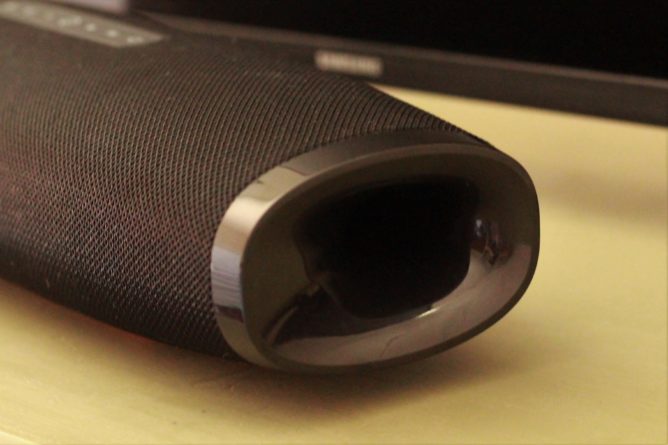 While the footprint of the Boost may be small, it still can get crazy loud. I rarely used the speaker at more than 50 percent volume in my medium-sized bedroom – and I like my movies and music on the loud side. It's half the size of a typical sound bar, but it produces just as much, if not more, sound. Even more impressive, it does so without any buzzing or hissing, just clean sound.

Like many TV speakers, The Boost boasts a virtual surround mode, and I found that it worked fairly well, thanks to the outward firing bass radiators located at either end of the speaker. Audio from movies is a bit more immersive with the mode engaged.

However, with the Boost measuring in at just 15 inches, there is very little stereo sound separation. If you'd like more sound separation the Boost can be paired with other JBL speakers using the JBL Connect app for a true stereo setup. Unfortunately, this mode only works when connected via Bluetooth and will not work with sound coming from the TV.

On a happier note, JBL added another feature to the Boost TV that makes switching between sound from your phone and TV super easy. The feature is called SoundShift, and it's engaged by pressing the TV button on the speaker or remote. 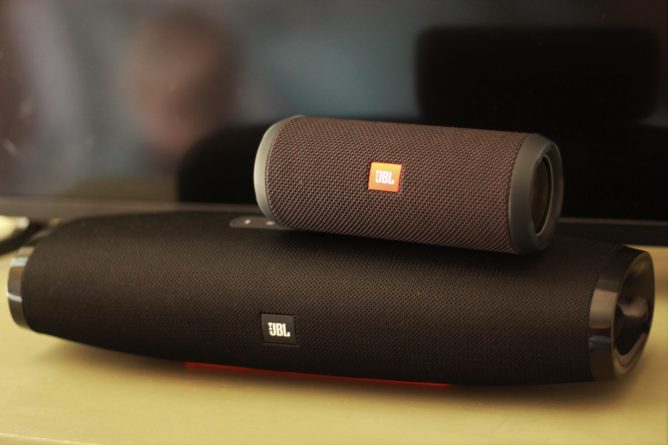 The Boost TV is not a replacement for a full-fledged 5.1 surround sound system with a sub-woofer. That's ok, it's not meant to be. While it may not be the sound system of choice for the main TV in your home, it's a great option for smaller spaces – like bedrooms, dorms, or mobile homes. The fact that it's also a great Bluetooth speaker makes it even better. Sound like the kind of speaker you've been looking for? Then pick one up for yourself using the link below. 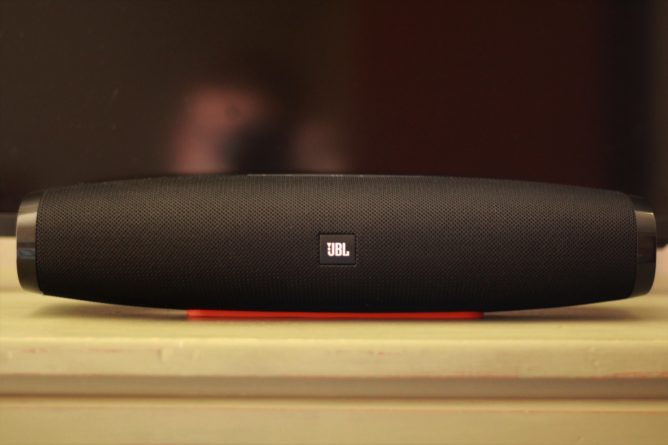