The Google Clock app received an update earlier today to version 4.4, bringing with it an assortment of odd little changes. There are some new features, a couple of adjustments to text and animations. However, the one thing that may deserve the most attention is a fairly significant size decrease. As always, you can grab the apk at the bottom of the post if it's not yet available to you through the Play Store.

Google has become very enthusiastic about cutting down on the size of APKs lately. The main thrust of this message has been about keeping apps small so that they cost less to download on metered or very slow Internet connections, and so they don't consume as much space on phones with very limited storage. There have even been a couple of Google I/O sessions dedicated to this very subject, like this one on image compression.

In this release, the Clock app became the beneficiary of some serious downsizing. The APK dropped nearly 15% in size, going from 7.1 MB to 6.2 MB. Losing 0.9 MB may not seem like a lot, but on Android One phones and similarly size-constrained hardware, it can be a substantial difference. Some of that is owed to the app itself getting smaller, and there were a few files and other resources removed, but almost all of it can be attributed to shrinking the micro-APK that installs to Wear devices – it went from 2.5 MB just 1.6 MB. 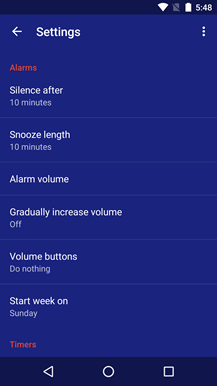 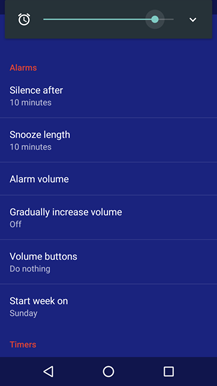 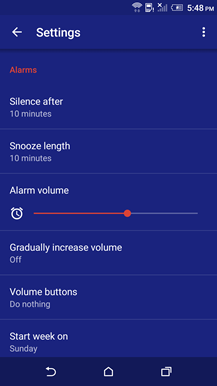 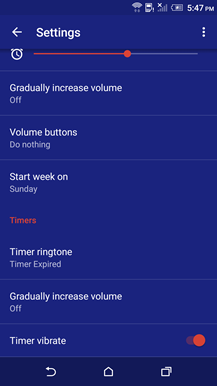 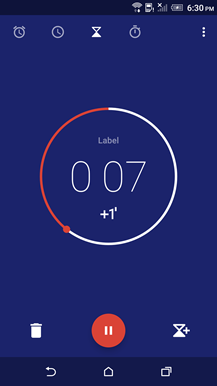 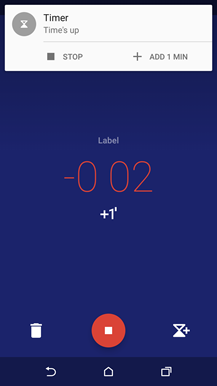 Left: the only one that matters. Center+Right: here to look pretty.

Another new setting allows timers to vibrate when they finish their countdown. There aren't any vibrations with the ticks of the clock or at any interval, they only come when the timer hits zero and the notification shows up. This option is off by default, but you can find it at the very bottom of the Settings screen. This will probably be most helpful in loud settings or as an alarm clock when a loud ringer isn't an option.

The Clock app almost always has a couple of really subtle visual tweaks, and this version is no different. The first thing to notice is that the page indicators spanning across the top of the screen have been pushed slightly to the left. This leaves a small space between them and the overflow menu on the right side. Why the change was made is anybody's guess, but I tend to think it's because the spacing already looked wrong between the fourth page icon and the overflow menu. 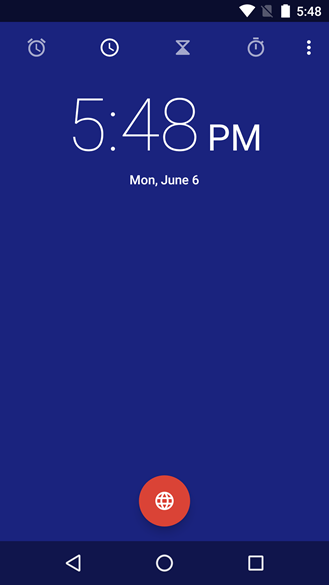 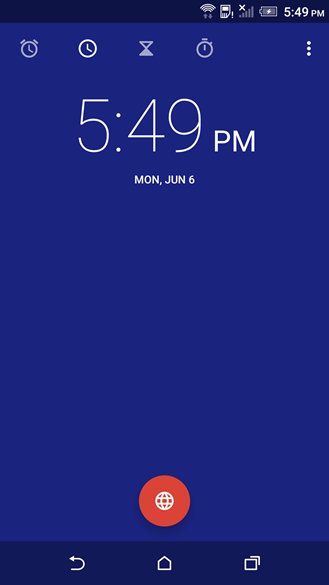 The same screenshots from above display another little visual tweak. Take a look at the dates written out just below the time. The previous version used title-casing across the full date and spelled out the months. The latest version switches over to all caps and uses the 3-letter abbreviation for the month. 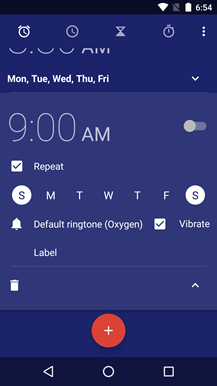 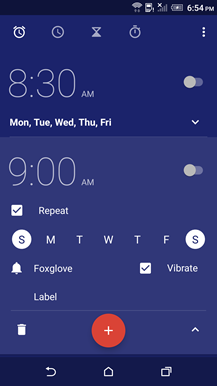 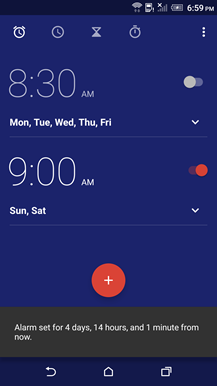 I'm not sure if these are intentional, but a couple of odd things did pop up in this version. To begin with, the previous version used to scroll the list of alarms upward automatically if one was expanded and would have been overlapped by the floating button at the bottom of the screen. The new version allows the alarm to expand below the button. There also seems to be a bug in the animation of the snackbar. In the previous version, it slid up from behind the navigation buttons, but now it simply appears without an animation. An example of the animation can be seen here. It's possible these are intentional changes, but I suspect they were removed by accident and may reappear in a future release.

Update: The sliding animation of the snackbar and FAB appear to be fixed in v4.5.1 from N Developer Preview 4. Alarms can still expand with the FAB directly on top of them, so that behavior may actually be intentional.

PSA: Google Photos Might Dip Into Your Location History To Retroactively Tag Photos Without ...