Samsung's Active series takes the hardware from its primary Galaxy S phones and wraps them up in big, tough plastic and a water-resistant chassis. The Galaxy S4, S5, and S6 were all given Active variants, and now it's the S7's turn, as previously leaked. While the new AT&T phone hits all the familiar notes from previous generations, a little extra engineering manages to cram an impressive 4000mAh battery inside. With similar specs elsewhere, the S7 Active should last a solid 30% longer than the standard S7 and even a bit longer than the larger S7 Edge. 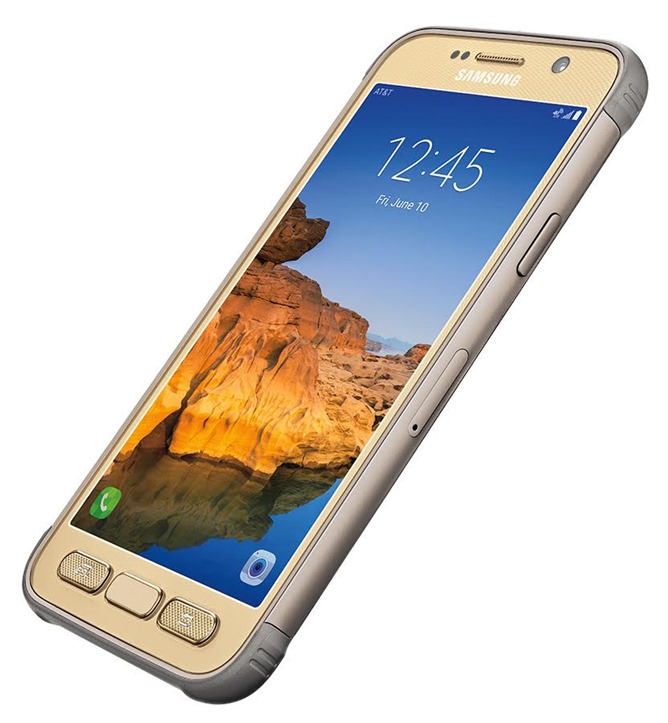 AT&T gets the exclusive on the American version of the S7 Active, at least for now. The carrier will start selling it on June 10th for $33.13 on a 24-month plan - that's just short of $800 for the phone outright. If that seems expensive (and it does), at least the Active model doesn't skimp on the hardware. Inside is a Snapdragon 820 processor, 4GB of RAM, 32GB of storage, a 12MP rear camera, a MicroSD card slot, NFC, wireless charging, and a 5.1-inch quad HD screen - all of which match the vanilla Galaxy S7. The "Active" upgrades add a shatter-resistant screen, IP68 and MIL STD 810G ratings for water, dirt, and temperature resistance, and an FM tuner. An "Activity Key" can be bound to a selection of apps based on hold and tap patterns. The physical home button, flanked by two physical nav buttons, hides a fingerprint sensor.

The only thing I can't get behind is the choice of colors. AT&T has mostly shown us a green-on-black version with a fake digital camo design, and a sand-colored option that looks like it just got deployed to the Middle East. I get the association, but it's a bit of a stretch for Samsung to assume that anyone looking for a phone that can take a beating is also into faux military chic. International readers, or those who simply want a GSM-LTE version without the AT&T branding, will probably be able to pick up one in a month or two. 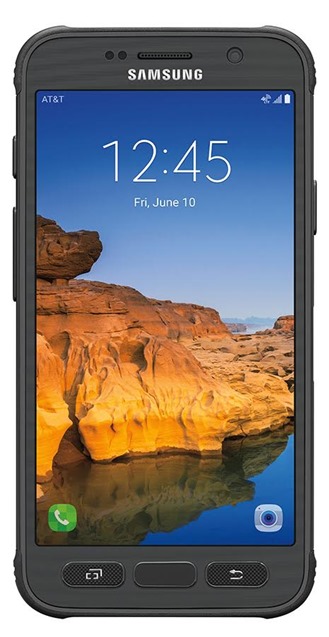 As for the pricing and availability in our neck of the woods (all camo puns intended), the S7 Active will be available for purchase from AT&T on June 10 in all three colors: Sandy Gold, Camo Green, and the less artsy Titanium Gray that you can see above. Expect to pay $26.50 per month for 30 months on AT&T Next or $33.13 per month for 24 months on AT&T Next Every Year. There are plenty of joint offers with other Samsung gear that you can take advantage of too, all detailed in AT&T's press release.

You Can Now Share GIFs On Viber, WhatsApp Users Flip Out (And Other New Viber Features)