Chainfire's FlashFire is a very handy tool for anyone who likes to flash their phone. Provided the device is rooted, it enables the flashing of OTA files, ZIPs, and full firmware packages, all without needing a custom recovery. Previously, the app had been available in Google Play's beta program, but as of version 0.50, it is now open to all. 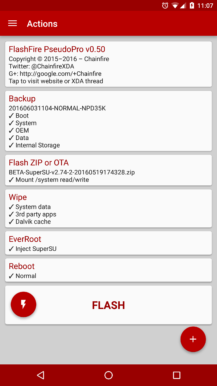 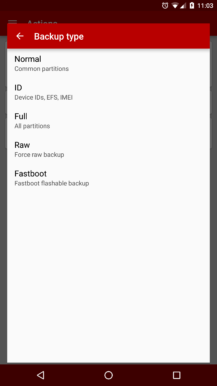 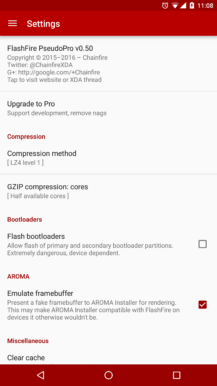 The new version of FlashFire works on the N Preview, with all the issues being fixed, plus fixes and improvements for adb and other bugs. In addition, the Android developer has created a website for FlashFire, guiding users on how to use the app - a manual of sorts, if you like.

The app is available for download on the Play Store now, and a Pro version to support Chainfire is available as an in-app purchase. Also make sure to read the provided in-app instructions and the website before flashing anything. 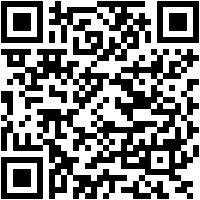 [Update: Three Tabs] Google Appears To Be Testing A 'Nearby' Tab In The Search Widget