The app for that other search engine from a certain software company has been updated with some legitimately cool features. One is image search, which Google still doesn't have on mobile despite it being a desktop feature, while the other is QR code scanning, which Google Search on Android can't do, either (this despite the fact that Now On Tap can now scan images for text using the camera).

WHAT'S NEW
• Search by image: Snap a pic and find similar images online
• Touch query: Get new suggestions for image and video search by tapping the separate words
• Image insights: Get more information on the image you look
• Barcode scanner: Better shopping with results from more stores (including eBay, Best Buy, and more) 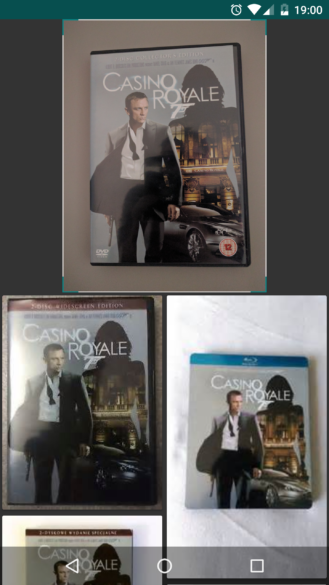 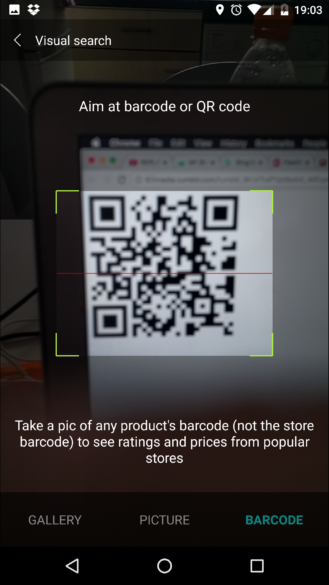 Bing's image search seems to work well. One caveat: it's only available in the United States, but luckily the region can be easily changed in settings. A picture can be either taken directly in the app or imported from the gallery. Said image can then be cropped if need be. In my tests, it searches relatively quickly and brings up relevant results, although my opinion changed slightly when I image searched a banana and it gave me pictures of fish. I was going to test Google Goggles for a quick speed comparison, but Goggles doesn't work on my 6P and/or the N preview.

Regarding QR code scanning, this works as you'd expect. Scan a code and it takes you to the relevant place, whether that be a website, app, etc. It's fast and automatically searches Bing, which the Barcode Scanner app Google recommends you download doesn't.

Other additions in this update include 'more information on the image you look,' which I assume is meant to be 'took.' I looked for this in the app, but could not find hide nor hair of it. There's also a feature to get new search suggestions for images and video through tapping the separate words.

The app is available on the Play Store, or if it's region-locked, at our sister site APK Mirror.