It appears that the functionality is live in WhatsApp's latest beta version (join here) 2.16.102. It could also be live in previous versions too, but we haven't tested it there. What's functional though isn't the issuing of invites to groups, but the possibility of joining a group if you already have an invite link. But Rita, who issued it in the first place?! I don't know... Probably a stranger with an even newer WhatsApp version.

WhatsApp group invites will look like this: https://chat.whatsapp.com/ghhggjbdgm. This is a fake link, just to demonstrate the feature. Go ahead, click it if you want to test it for yourself. It'll try to verify the invite and then fail. If you do get a working link though, you'll see the name of the group, the phone number / name of the person who created it (depending on whether they're in your address book), and the number of participants. 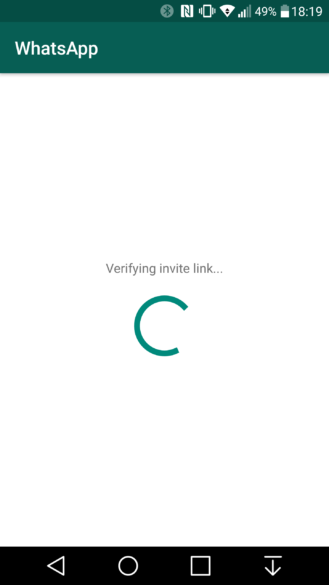 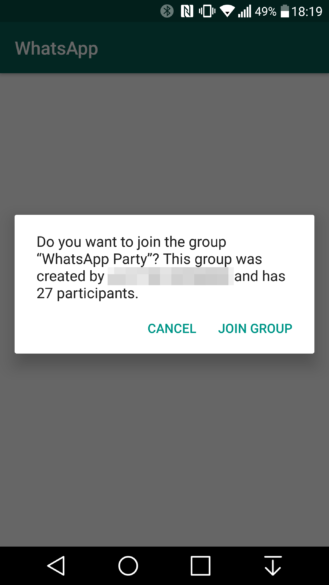 I was not adventurous enough to tap Join Group on that screen to tell you what happens next. Maybe there was a party there, maybe they were just 27 silent participants pretending to have a party but really just WhatsApp'ing other people. Maybe they would have been delighted to see my name in their group and maybe they would have instantly dropped out of the group. After all, I am a member of the Police and we're not always welcome at parties. Ba-dum-tssssssss.

You can grab WhatsApp's latest betas from APK Mirror or by joining the official Play Store beta testing program and letting the app update.

You Probably Don't Remember The Turing Phone, But It Still Hasn't Shipped, Is Now Many Months Late