Earlier this year we reported that Vivendi, a media mega-corporation headquartered in Paris, was attempting to take control of prolific mobile developer and publisher Gameloft. It appears that they've succeeded: today the company announced that it has purchased a 61.71% share of Gameloft's public stock, giving it more than half of the voting rights for the corporation. The company offered 8 euro per share to existing shareholders in February in a conventional hostile takeover attempt.

"Hostile" is an appropriate word here, as members of Gameloft's executive team including CEO and co-founder Michel Guillemot have made their wish to stay independent known. Vivendi's CEO and COO sent letters to Gameloft employees informing them of the takeover. Here's an excerpt:

"We are convinced that Gameloft, with Vivendi’s backing, can be more ambitious in its growth plans. In a rapidly-evolving market, your company, which needs industrial and financial backing to develop, will be able to count on our full support and commitment.

Our Group has demonstrated its expertise in supporting and developing talent. You will now take part in a great collective adventure as Vivendi pursues its ambitious redeployment in content and media. In carrying out this plan, we will rely above all on your talents and creative freedom."

Vivendi has interests in almost every major arm of the media, including television, movies, telecommunications, and online properties like DailyMotion. Vivendi was a former powerhouse in the video game market as well, as they owned Activision-Blizzard, publishers of such mega-franchises as World of Warcraft and Call of Duty. Activision-Blizzard bought a majority of its own shares from its parent company and became independent in 2013. In addition to the successful takeover of Gameloft, Vivendi has made strong indications that it wishes to take over Ubisoft as well - the corporation already owns almost a fifth of the smaller company's public stock. Ubisoft is one of the largest publishers on the planet with control of franchises like Assassin's Creed and Far Cry, and like Gameloft, it's headquartered in France. 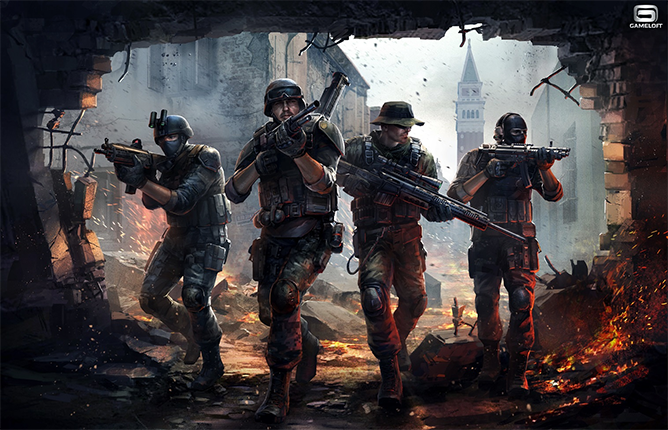 Gameloft was founded by former Ubisoft executives in 2000, with a focus on games for portable consoles like the Game Boy and Nintendo DS. The company made some impressive in-roads into smartphone gaming on Palm OS and Windows Mobile, and so was poised to leap into the expanding mobile gaming market when iOS and Android exploded. The company has transitioned from mobile "copycat" franchises like Modern Combat and NOVA to more targeted free-to-play games, but it remains one of the biggest and most active developers on the Play Store.

Gameloft's future is uncertain, especially if Vivendi also acquires Ubisoft and merges the two publishers into one. While it's possible that Vivendi could keep the company more or less intact, its corporate history and aggressive tactics suggest otherwise.