Google's Keep had humble and simple beginnings, but it's become one of my go-to tools for organizing my life (such as it is). Today the web and desktop extension version of the service gets a revamp, with a new interface that takes more than a few hints from the Inbox layout. There's a brand new left pane to the UI that includes quick links to Notes, Reminders, user-set labels, the archive, and trashed items. It's dynamic, too: resize the window and it will hide in a pop-out dock, mobile app style. 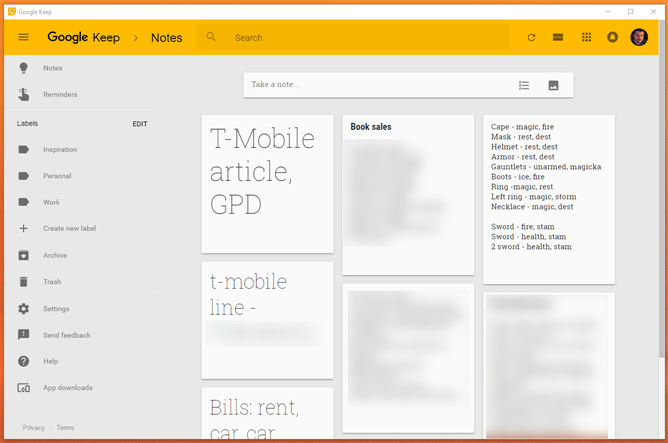 The service itself has a few new tricks as well. Start a grocery list and Keep will recognize it as such, auto-completing popular items like bread and milk. The list will already show you which items you've already typed as you're typing them, which should save an ever-so-tiny bit of frustration. The most useful addition might be link detection for certain saved hyperlinks: Google's demonstration shows a stylish little Map pop-up for a URL heading to a Google Maps result.

The new changes seem to need a new app update on mobile. They aren't server-side, and they don't appear to be live on the latest version on my phone or the APK Mirror version I tried on my tablet. If you're seeing the new tools on mobile, do your fellow users a favor and upload the APK.

Apparently the newer APK does include a toggle for link previews, but they seem to be appearing somewhat randomly for new users. 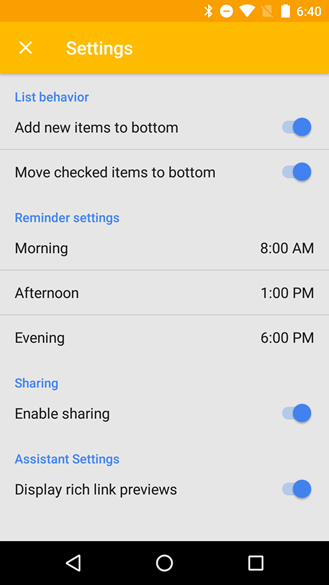 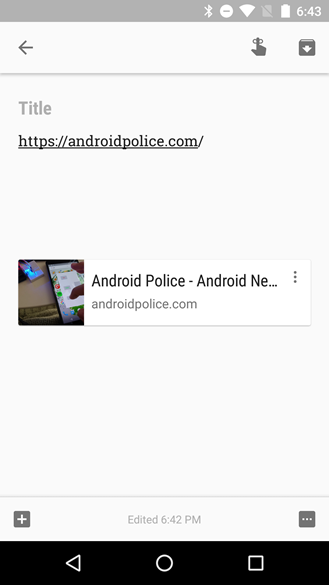