Google began rolling out an update to Maps v9.26.1 a few days ago, and it's sporting a handful of new features. Like so many versions of maps, there are quite a few well-hidden changes in this one, far more than the single item written in the official changelog. Most of the changes are subtle enough that you won't notice them if you're not comparing side-by-side, but they are improvements all the same. There are even a few things from the teardown that don't appear to have made this version, but should be things to watch out for in the future.

Waypoints In Bicycling And Walking Navigation 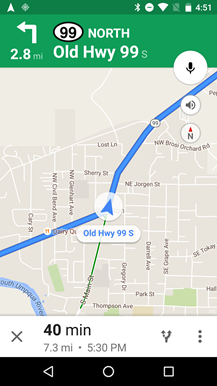 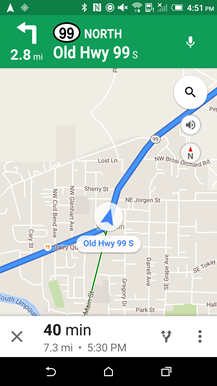 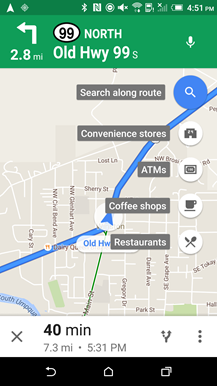 If you only use navigation when you're in the car, there's a good chance you didn't know the search and waypoint feature introduced last October was only available in driving mode. This feature was left out for bike riders and those on foot. Version 9.26.1 corrects this oversight and puts all three modes of transportation back on even footing. 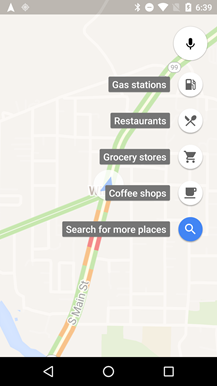 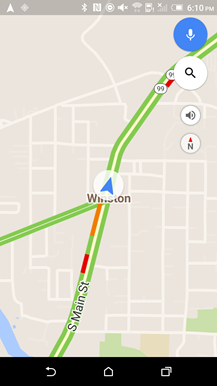 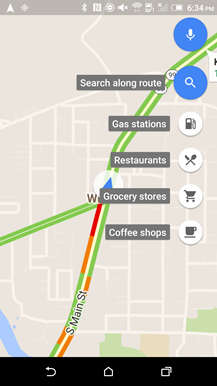 Google Maps introduced Driving mode back in January as a handy way to get some of the advantages of Navigation mode without necessarily setting a destination. But what if you want to set a destination once you're on the road?

In the previous version, you would probably tap the search FAB at the top-right, then tap the same spot again to start a voice command. Version 9.26.1 simplifies this a little bit by stacking a permanent voice command button at the very top where it can be seen and hit with a single tap. Now that the voice button is no longer hidden behind a tap of the search button, that location has been replaced by the 'Search for more places' button, which has also been renamed to 'Search along route.'

Just to note, when you first launch Driving mode, there is an action bar temporarily obscuring the voice button. It can be dismissed with a tap anywhere on the map, or it will simply animate away on its own after a few seconds.

Notifications For New And Popular Places 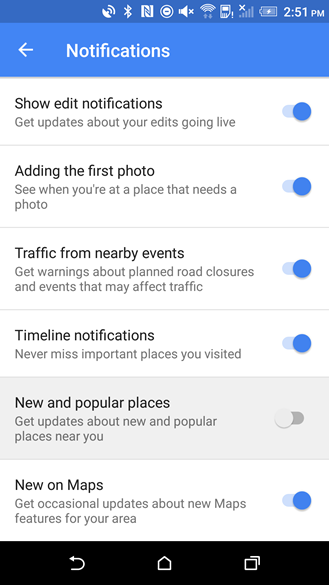 The Notifications screen continues to grow with about one new toggle every month (here it was in February). This time around, it adds an option to receive updates about new and popular places near you. This likely includes new businesses and attractions, or anything that seems to be building a higher visitor count recently.

This notification is enabled by default, so you can preemptively drop into Settings –> Notifications and turn it off if you aren't interested in details like this. 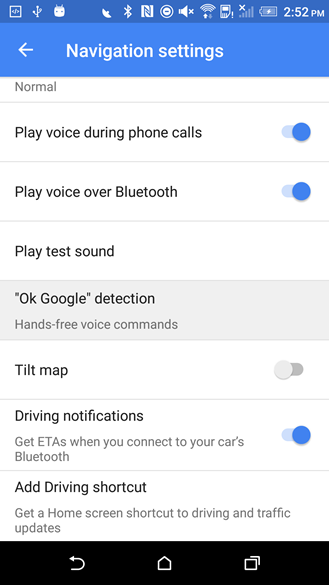 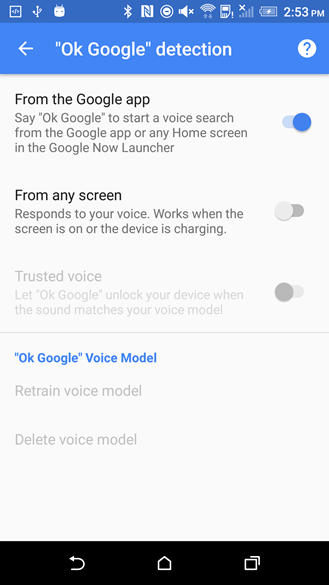 Also new to the Settings screen, a shortcut to the OK Google settings has been added to the Navigation settings screen. It's really just a shortcut rather than any special settings for Maps, so it's probably just there to be a clever reminder to turn on hotword detection. 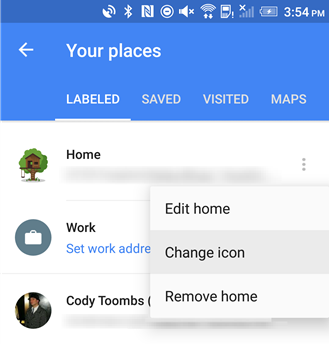 Another potentially handy shortcut appears in the Your Places screen. If you've set an icon for your home or work, the overflow menu on that location will now have an additional action that jumps straight to the selection screen. In previous versions, the only way to change the icon was by opening up the details screen for a location and hitting a button to change it there.

Since launching offline search and navigation back in November, Google Maps has been progressively expanding the ways it offers to help users download more areas. About two months ago, an option was added to allow Maps to automatically download your local region to speed up performance and handle poor connectivity, but a new variant on this might quickly become even more useful. Based on a pair of new strings, it looks like Google Maps may start watching for navigation routes that pass through areas with unreliable data coverage and suggest downloading the routes in advance.

The only thing that can really be determined from this little bit of text is that there will be a button to tap to begin the download. How much is downloaded or whether or not the maps will be automatically deleted or updated in the future isn't mentioned.

There are also no clues to explain how areas are determined to have spotty connections or if the suggestions are a bit more personalized. For example, does Maps look at different cellular carriers, and maybe even the supported bands for a given area? We can also wonder if the data about coverage areas comes from existing users of Maps (and possibly Waze) or if it's provided by other sources.

Regardless of the specifics, this could prove to be an extremely helpful feature for many users. There are plenty of dead zones covering the world, particularly in mountainous areas, so something like this could help out quite a bit. This is especially important for people traveling into areas they've never been before since they may not realize they will be without service.

It's not clear if this feature is already live yet. I've tried setting a few destinations that are either dead zones for me, or I would have to pass through some dead spots to get to them, but I haven't seen a warning or option to download a map yet. But just because I haven't seen them doesn't mean others won't, so keep an eye out for this.

Suggestions Based On Places You've Been

Google's "Explore" feature provides a list of nearby restaurants and attractions, but it looks like something a bit more intelligent is in the works. This feature is called "Discover" and it will make suggestions based on places you've been. Google Now already offers suggestions like this, so Discover isn't a totally original idea, but it might use different methods and data to produce suggestions.

Again, this feature opens up a few questions, like whether suggestions are based solely on your location history, reviews, or ratings, or if it's some combination of those. The language isn't very clear on this. There's also nothing to indicate where this will appear in the app. It may be a notification that appears from time to time, or it could show up in places like the navigation drawer or at the bottom of the screen.

I'm not sure if this is really an easter egg or just a fun feature that will show up if you know where to look, but Street View is going to keep a running total of how far you've moved around in the virtually real world.

It's really just a simple measure of distance traveled in Street View mode. I've tried to trigger this by tapping through a fairly long road trip, but I never saw any notifications or toast messages to suggest it worked, nor is there anything in any of the various other screens as far as I can tell. Of course, the text mentions kilometers and there's no sign of a matching set for miles, so this one is probably still in the works.