Johnny Shih, ASUS's enthusiastic chairman, today introduced the ZenFone 3 to the world (even though we reported on the ZenFone 4, 5, and 6 two years ago). Alongside the standard ZenFone 3, there are two other variants; the Deluxe and the Ultra.

The ZenFone 3 is certainly a pretty phone. As with other ASUS products, it keeps the spun aluminum design, with glass covering the metal. A 5.5-inch 1080p display adorns the front of the device. ASUS is boasting a 77% screen-to-body ratio, which is impressive - it's stuck with the ZenFone 2's capacitive, hardware buttons too, utilising that bottom bezel space. The ZenFone 3 has a Snapdragon 625 powering that display, and 3GB RAM. The fingerprint sensor is on the back, although it's rectangular and not square or circular like other rear-facing sensors. USB Type-C is also included, a first for an ASUS device, and a speaker sits alongside it. The camera, meanwhile, is a 16MP affair that has 'ASUS TriTech autofocus,' which uses 2nd generation laser, phase detection and continuous autofocus to achieve a sharp, focused image in just 0.03 seconds. Impressive stuff. Lastly, 32GB storage is on offer here, with microSD support should you want more. 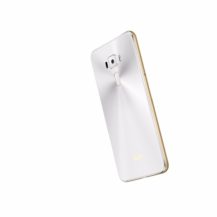 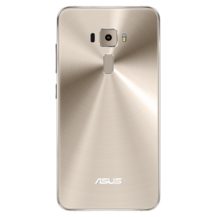 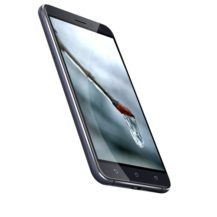 For most things, the ZenFone 3 Deluxe seems similar. The screen is .2-inch bigger at 5.7-inches, although it keeps the 1080p Full HD resolution. As you may be able to guess, the Deluxe utilises the Snapdragon 820 for maximum power, and a quite frankly crazy 6GB RAM for top performance. The storage capacity is doubled for the Deluxe, going in for 64GB plus microSD, although a 256GB model is coming later this year. On the back is a 23MP camera, using the brand new Sony IMX318 sensor, with 4-axis OIS for stable, blur-free shots. It also doesn't use the glass back of the standard ZenFone 3, but the real tour de force here is the fact that it doesn't have any plastic antenna lines like other full unibody phones, which is something even Apple could not pull off. 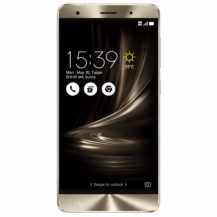 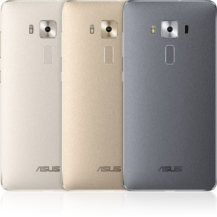 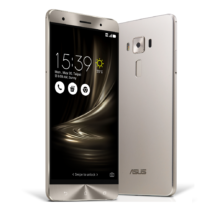 ZenFone 3 Deluxe, with a 79% screen-to-body ratio and 5.7-inch display. The back is unibody aluminum with no antenna lines.

Onto the ZenFone 3 Ultra, with a crazy-big 6.8-inch display making this the biggest smartphone I've heard about in quite a while. However, as with the previous two models, the resolution is still stuck at 1080p, making for a DPI of 324. This model has a different processor again, a Snapdragon 652, and 4GB RAM. As you'd expect from such a massive phone, the battery is large, 4600mAh capacity, which should last for quite a while. It's also equipped with Quick Charge 3.0 technology for fast recharging. ASUS has also swapped the capacitive home button with a physical home button on the Ultra. 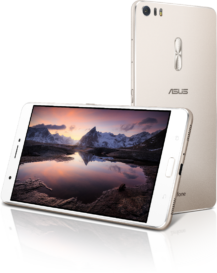 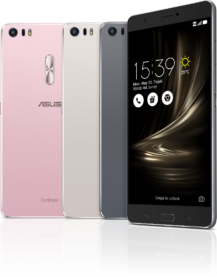 The massive 6.8-inch display is the key feature of the ZenFone 3 Ultra.

So that's that. Three phones from a manufacturer which seemingly takes the 'go big or go home' quote literally. The ZenFone 3 will cost $249, while the Deluxe will put you back $499. The Ultra will be $479. No word on release dates, but we'll keep you informed if we hear anything.