The latest indie game to immigrate from the huddled masses of Steam is one that makes a lot of sense for mobile. Brothers: A Tale of Two Sons is a 3D platformer, at least broadly: you control one brother with an analog stick on one side of the screen and the other brother with a second stick on the opposite side. If you ever tried to play both sides of The Adventures of Cookie and Cream (AKA Kuri Kuri Mix) by yourself, it's sort of like that, without the division.

Brothers is focused on a bittersweet story about the titular siblings journeying to find a cure for their ailing father. As the player progresses through the stages and a few boss battles, more of the story is revealed in flashback form. The game is short, around three or four hours for the average player, but it's been praised for its emotional beats and the unique dual control scheme that's something like a single-player co-op setup.

The game's technical presentation was nothing to write home about on consoles, but on mobile it's fairly impressive. Unlike a lot of PC and console ports, this one isn't limited to NVIDIA hardware. You can play it on just about any Android device running 4.0 or better... except for Android TV. Oh, and it doesn't seem to work with controllers. (Seriously, developers? Seriously?) The initial price is $3 "on sale," so it will probably go up later - the iOS version is $5. 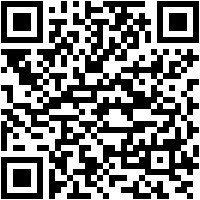 This Is How Long Smartphone Batteries Should Last

Amazon's Echosim Simulates Echo Devices In The Browser, Allows Everyone To Put Alexa To The Test