Acer has never had a serious smartphone presence in the US, but that will change in July as the company launches the Liquid Zest Plus. It certainly sounds like something you'd use to clean your kitchen counter, but it's an unlocked LTE smartphone with Android 6.0, a 5.5-inch 720p display, and a whopping 5,000mAh battery.

The Liquid Zest Plus is a budget phone with a MediaTek MT6735 quad-core Cortex-A53 processor, 2GB of RAM, and 16GB of storage. It has a rear-facing 13MP camera that Acer says uses a "tri-focus" system for faster captures. There's a mono speaker on the back, but the Liquid Zest Plus apparently has "DTS-HD Premium Sound." That's all well and good, but the selling point is probably that giant battery, which Acer claims will let you go three days on a charge. 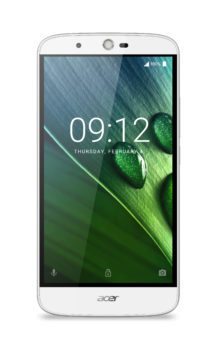 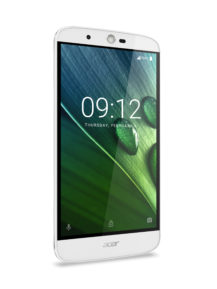 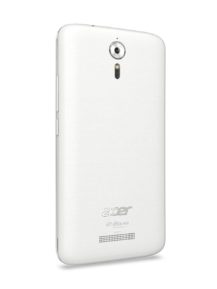 If this sounds like something you'd be interested in, you won't have to save too many pennies to pick one up. The Liquid Zest Plus will only cost $199 when it launches in July. The international price for Europe, the Middle East, and Asia will be €199, and it should be out around the same time.

TAIPEI, TAIWAN (May 27, 2016) Today Acer released its new LTE-enabled Liquid Zest Plus smartphone designed for avid explorers seeking to get the most out of their daily adventures. The 5.5-inch Android 6.0 device expands Acer’s mainstream smartphone range, furthering the company’s commitment to making advanced technology accessible to the everyday user.

The Liquid Zest Plus features a high-capacity 5,000 mAh battery that offers up to 3 days’ usage1 to provide extra convenience and freedom, removing the frustrating late-afternoon recharge that many smartphone users have become accustomed to, while also lightening the backpack since a portable power bank is no longer needed. When it is finally time to plug-in the Zest Plus,it quick-charges2 to 50 percent capacity in less than one hour for over a day's worth3 of power; in addition, USB OTG (On-The-Go) technology is supported which lets the Zest Plus share its power with a friend so they can charge their phone when they’re running low.

The Liquid Zest Plus includes a 13-megapixel camera with an ultra-fast hybrid tri-focusing system to capture beautiful moments precisely as they happen. The camera intelligently focuses various scenes: phase detection auto-focusing (PDAF) for bright daylight scenes, laser focusing for dark scenes at short distances (such as restaurants), and contrast detection auto-focusing (CDAF) to capture subjects in low light. In addition to extremely fast focusing, the Zest Plus features a front-facing 5-megapixel camera that takes 85-degree wide angle selfies to make sure everyone in the group is in the photo. The camera app also features a “Pause N Shoot” selfie mode with automatic face detection, while a shake of the phone sets the timer for easy one-handed selfies with friends.

Premium Sound and Much More

The Liquid Zest Plus also features DTS-HD Premium Sound™ for users who enjoy listening to music while traveling. Best-in-class technology delivers a refined listening experience complete with deep bass and 3D audio for a truly immersive soundstage. The Zest Plus includes other travelfriendly features like dual-SIM4 technology, FM Radio for immersion in the local culture, an expandable Micro SD slot, and BluelightShield™ to reduce blue light emissions when users are finally ready to wind down after an exciting day of exploring the wonders of the world. With an optional flip case, the Liquid Zest Plus features a Flip UI which lets users quickly access tools such as weather, messages, calendar, and camera.

The Liquid Zest Plus will be available in Moroccan Blue and Andes White colors in North America in July starting at $199, and in EMEA in July with prices starting at €199.