Square Enix, the maker of the famed 'Final Fantasy' series, has a few games that are only available in Japan. Romancing SaGa 2, the fifth game in the 'SaGa' series, was one such game. That ends today, though: Romancing SaGa 2 is now available on Android for $17.99.

Romancing SaGa 2 was originally released exclusively on the Super Famicon (the Japanese name for the Super Nintendo Entertainment System) in February 1993. It follows the Emperor or Empress of Avalon as they seek to control the Empire, playing a range of different descendents of the original King Leon.

The game is available on the Play Store with full English translation and optimized controls. While pricey, it promises to offer a fantastic gaming experience and, if the Final Fantasy series is anything to go by, a great story and narrative. 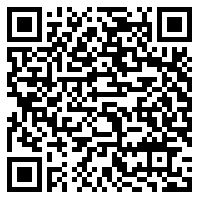 Review: The Nonda ZUS Car Charger Is The Charger James Bond Would Use If He Had Trouble ...