We've followed AmpMe's development ever since its release in October last year as a multi-device music streaming experience, and we've liked it more with each update, especially when it added local music as an audio source and then implemented an offline mode. This latest update, however, is definitely one of the most promising as it opens up the app to a whole slew of new music: AmpMe is adding YouTube as a music source. Yes, that YouTube. Yes, all of YouTube. This is HUGE.

Now when you start a new party in AmpMe, you can choose between SoundCloud, your local music, and YouTube. If you go the latter road, you'll be served a list of curated playlists from different genres but there's also a search function that lets you look through YouTube's entire database. Indie artists? Check. Popular tracks? Sure. Golden retrievers barking? Why not. You get videos, playlists, and channels to choose from so you're not just limited to single videos. 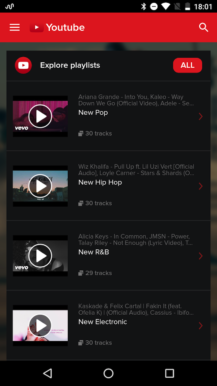 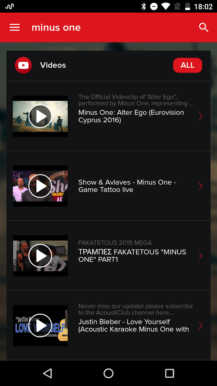 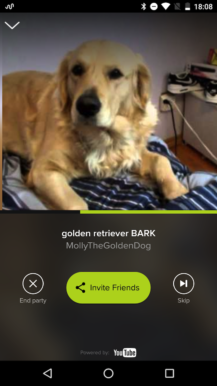 Pick something and it starts playing the audio (you get the video's static thumbnail in lieu of the album artwork) and synchronizes it with any other device that joins your party. It worked well in my experience, regardless of the video chosen. Yes, I synchronized golden retriever barks across a couple of phones. I'm sure you'll find much more awesome ways to use this app. Or annoying. Or ridiculous. Or scary. YouTube is a treasure trove of things you can listen to, so AmpMe is now tapping into unlimited possibilities.

AmpMe is free to grab from the Play Store and as far as I can tell, it's also ad-free. The company just raised $8M in Series A funding so let's hope that brings more features and development in the future.