The OnePlus 3 is coming. So do you start saving up money to buy the latest device? You could... or you can do your budget a favor and grab one of the company's existing devices. OnePlus has just dropped the prices for all three of its phones.

The OnePlus X is the cheapest at $199. You can only get it in Onyx, as Champagne is no longer in stock. 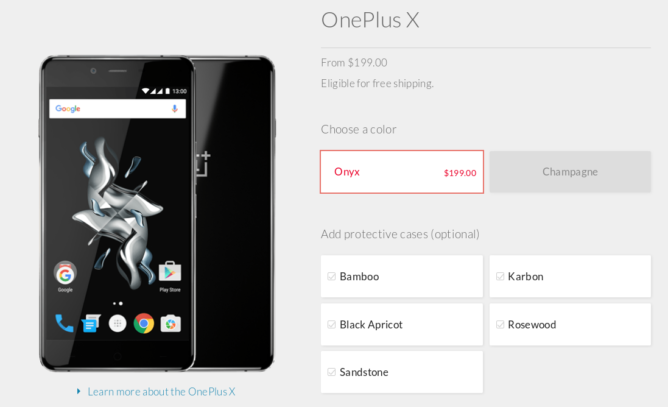 The OnePlus 2 is just now getting a community build of Marshmallow, and that's still in beta. So while you can expect support for a while longer, don't look for it to be fast. That said, we don't know if the situation will be any different for the OnePlus 3, despite it launching in space.