The new (and thoroughly leaked) Motorola devices are expected to be announced at Lenovo Tech World in just a few days, but there's still time for leaking. Evan "@evleaks" Blass has posted images of the Verizon-bound Droid variants of the new Moto flagship, as well as the modular back plates previously rumored as Amps and now known as "MotoMods."

All we get in the new leaked pic is a better look at the back of the phone. It's flat, metal, and has the flat-tire-inspired camera module. The only visible Verizon branding is the Droid logo etched into the camera glass. Down at the bottom are the contacts that will apparently connect the phone to the MotoMod accessories. 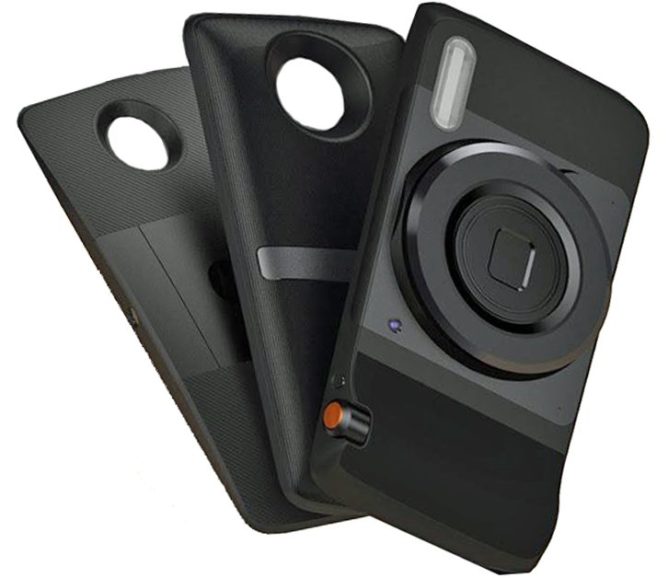 Speaking of those accessories, Blass also posted some of those (above, obviously). The top one is clearly a dedicated camera module with optical zoom. It's hard to tell with the others, but they do look pretty thick. Perhaps an extended battery? Or maybe one of them is that rumored pico-projector. Whatever they are, we'll probably have the details at Tech World, which takes place on June 9th.

Blass says those mods are (from left to right) the pico-projector, stereo speakers, and the camera (duh).

OnePlus 3 TENAA Certification Gives Away Most Specs And Device Photos