It disappeared in Developer Preview 2, though, seemingly gone without a trace. As with everything in the System UI Tuner, things are liable to disappear, break, or be removed at any time, so this wasn't entirely a surprise (see David's comment from a few days ago for more info). However, it's back now, and with a (hopefully) more permanent home: Developer Options. 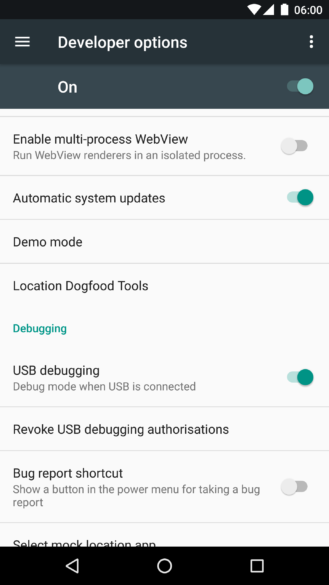 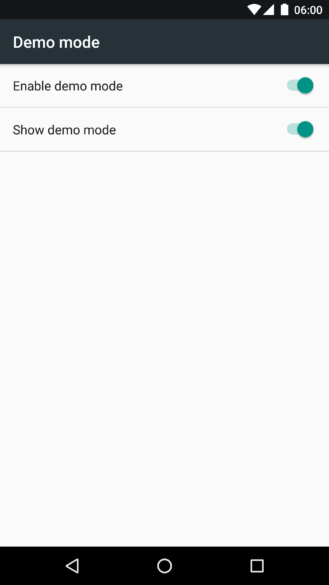 Demo Mode is a bit of a weird one, as it has two toggles which do, at least as far as we can see, the same thing. One, named 'Enable Demo Mode' enables demo mode. The other, 'Show Demo Mode' shows the demo mode on the notification bar. So...what does 'Enable Demo Mode' actually do? There's no Quick Settings toggle and no way to turn Demo Mode on/off apart from hitting 'Show Demo Mode' when it's enabled. If this is the case, why could it not just be one toggle, called 'Demo Mode', with a toggle in the main Developer Options list? Maybe it'll get changed for DP4.

Nevertheless, it's nice to see things graduate from the in-flux System UI Tuner to a permanent dwelling in the OS. Maybe night mode and the dark theme will be next, although don't count on it for N.