Google's Text-to-Speech engine has seen many updates over the past months with new voices, more natural enunciation, and more. What it's getting in this latest version is more of a functional improvement. Oh and there are a few new languages thrown in too.

Version 3.9.6 of Google TTS isn't yet available on the Play Store. It was bundled in with Android N Developer Preview 3, but the extracted APK works well on Marshmallow too. It should actually work as far back as Android 4.4, but you'll likely only get the new languages on anything prior to M, without the new text selection integration.

First, version 3.9.6 adds Swedish and Vietnamese to the supported languages available inside the app. You can select them manually or let your phone automatically do that if your default language corresponds to them. 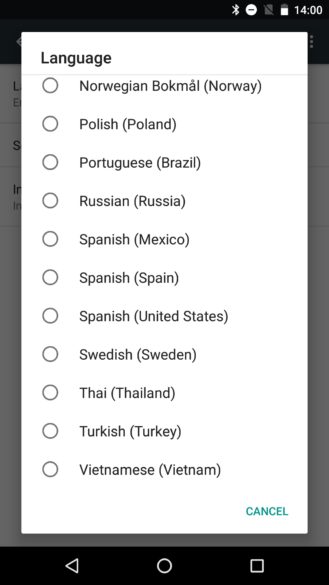 Second, TTS now integrates in the floating text selection toolbar that was introduced in Android M. Developers that have implemented this expandable toolbar will let other apps integrate into it and offer their own actions. For example, if you select text in Chrome or Gmail, you'll see a toolbar for copy, share, select all, and an overflow menu where apps like Wikipedia, Assist (Now on Tap), Microsoft Translator, and Google Translate are easily accessible to search or translate the snippet of text. 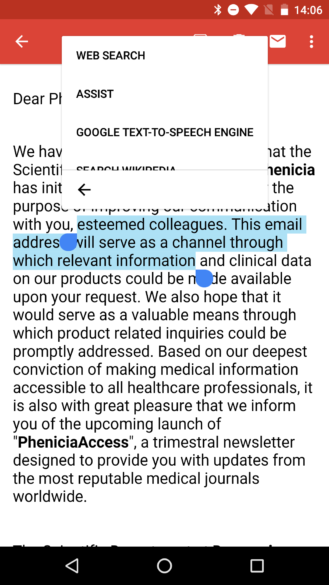 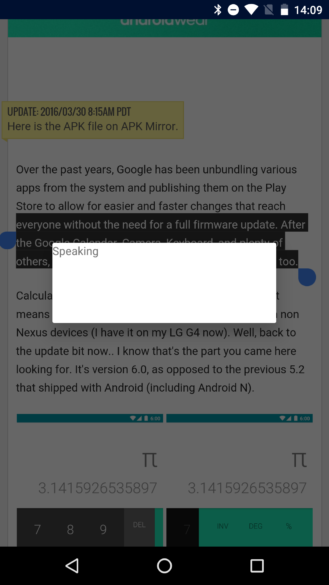 With version 3.9.6, Google's TTS Engine starts showing up as one of the options in that menu. When tapped, it reads aloud whatever text you have selected. This can be excellent if your eyes can't read a specific part of text, if you want to know how a word is pronounced, or if you just received a 10000-word email and can't be bothered to stare at the screen for an hour. From my tests, it seemed to work really well.

You'll need to sideload the APK if you want to run version 3.9.6 of Google TTS. You can find it on our sister site APK Mirror.

What's better than version 3.9.6 of Google TTS? If you answered version 3.9.11 then you'll be super excited. If not, and you're still reading this, then you're either interested in Google TTS or you have a compulsive need to install the latest APK from any app. Either way, there's a newer version of Google TTS that's rolling out and it's a little higher than the one we talked about here. You can grab it from APK Mirror too.

Scratch that. Version 3.9.11 isn't at all better than 3.9.6. It does have the new Swedish and Vietnamese languages, but it doesn't include the system-wide text selection toolbar integration of the Text to Speech engine. If you want to use that, you're better off sticking to version 3.9.6 that we linked to first, regardless of whether you're on M or N.