The camera might be, overall, the most complained-about feature in stock Android. While other flagship devices such as the Samsung Galaxy S7, the iPhone 6S, and the HTC 10 have gratuitous features provided in their camera apps, the Nexus devices have none. No white balance adjustments, shutter speed corrections, or different filters. Maybe the most obvious option that has been missing is exposure settings, which just about every other device worth its salt has.

However, if dev preview 2 and 3 are of any indication, an option to make changes to exposure may be coming back. In Dev Preview 2, the Pixel C had a Manual Exposure toggle under 'Advanced' in Settings. In Dev Preview 3, it appears to have graduated to the Nexus 5X and Nexus 6P. If you need a reminder, exposure settings are on the Nexus 5, but mysteriously disappeared for the Nexus 6 in Marshmallow. 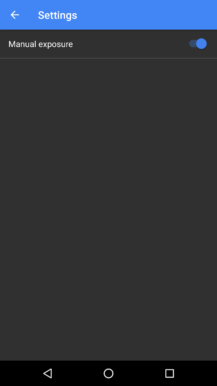 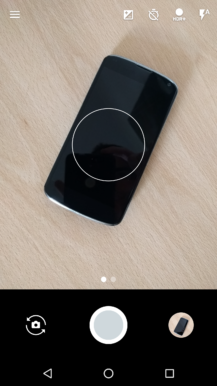 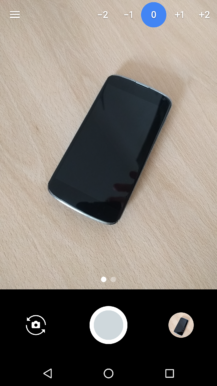 Left: the manual exposure toggle, under 'Advanced'. Middle: the exposure button, setting nearest to the nav menu. Right: the exposure options, ranging from -2 to +2.

The toggle enables an option to tweak the brightness when taking a photo. Our photography experts here at Android Police say it's not really manual exposure, but more like exposure compensation. It's not a slider, but a -2 to +2. In my testing, the 5 levels seemed to work as expected, the image getting darker if you go into negative figures and brighter in positive figures.

Together with Cody's Camera v3.2 teardown that included upcoming options to shoot in RAW+JPEG, this might mean Google is working on ramping up the features in the camera. Hopefully, exposure settings will be decoupled from the N Dev Previews soon and added to the Camera app in the Play Store. Until then, you'll have to make do with one of the multiple 'camera pro' apps.