It was only a couple of days ago that the Play Store got updated to version 6.7 with several new features including better access to betas and beta feedback, features that were soon reverted through a sever-side switch probably because they were revealed a little prematurely. Now we have official word from Google about those new betas as well as plenty of other goodies for Google Play that are in store for users and developers alike.

You'll no longer need to scour Google+ or read Android Police to find out about app betas. Wait, come back, please keep reading Android Police so I can get paid. I'll do my best to provide you with all the information you need. So here are the changes you should expect to see regarding betas:

When you view an app on the Play Store, you usually see related apps and apps that others have also installed in addition to it. Now there's a new Collections system that will recommend contextually relevant apps for you. Google gives the example of checking a house hunting app, which will in turn give you suggestions of apps for getting mortgages and finding real estate.

There are plenty of new things for developers too, the most crucial of which is probably this pre-launch report. You'll have to manually enable it in your dashboard, but once you do, you'll be able to get ahead of the bugs and issues before you even release an app. It uses the new Firebase platform (separate post coming up) to give you a summary of issues, diagnose crashes, warn you of potential vulnerabilities (from your app or third-party libraries), and provide screenshots of your app running with different languages, screen resolutions, and Android versions to see possible layout problems. 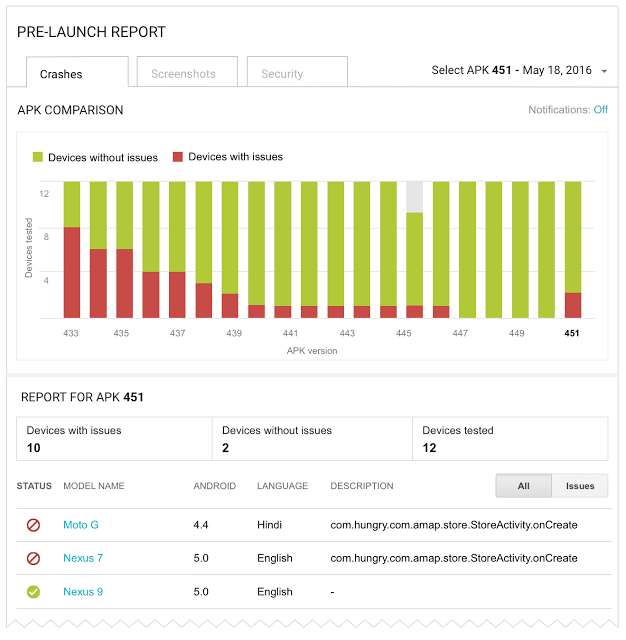 All of that should make a new app launch potentially less headache-inducing than it is right now for developers by pointing out all possible problems before the app is public.

Two changes are coming to Play Store reviews: first is a new Reply To Review API that Cody will cover separately, and the second are the new benchmarks in the Developer Console. There you'll see what users think of your app compared to similar apps on the Store, including how they rate its design, stability, updates, speed, and so on. 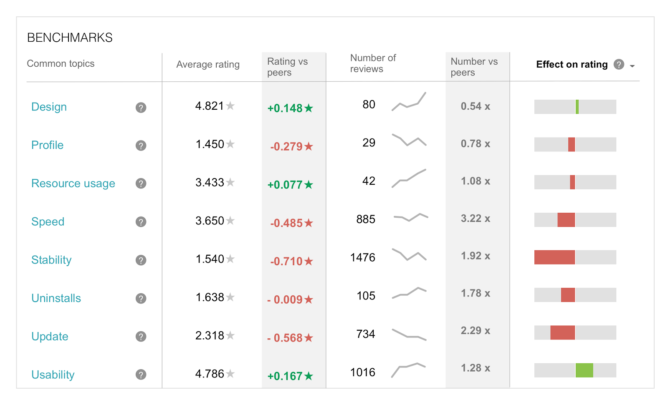 The user acquisition report already exists, but there will be two main changes in it: 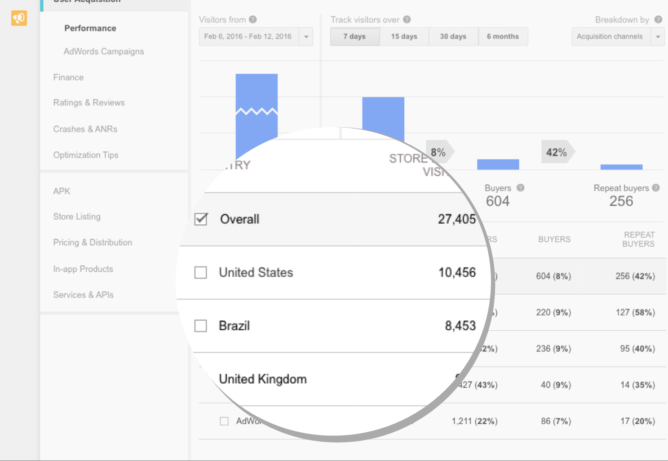 A stat nerd will sure love these as they seem to provide lots of data to compare and work with in order to improve an app's performance on the Play Store.

Other Changes And Additions

Google Play will soon handle currency conversions better by not going for the exact currency rate result, but for rounded prices according to the local convention. Google gives the example of a $1.99 app that will show up as costing ￥200 (instead of ￥219 if you wanted to convert it precisely). Developers can also create pricing templates to change prices in bulk.

Another regionally-aware feature is a better focus on featuring local apps in key markets like India and Brazil to make it easier for people to discover apps that are relevant to them.

And a third one is better data efficiency for loading the Play Store and updating apps, the first of which Cody already discovered when he did his version 6.7 teardown. This should be ideal for markets where data is scarce, slow, or expensive.

There are other changes too that we've already covered in previous posts: a new Developer Console app, a new Playbook app, and family sharing through the new Family Library.

All in all, this is shaping up to be a very extensive and interesting update to all things Google Play, whether for users or developers.