If you've read any of my articles on Android Auto, you'll know that my thoughts - for the sake of brevity - are that it's just kind of OK. This is because Android Auto's philosophy of projection via smartphone over USB and Bluetooth is inherently limited in what it can actually do with a vehicle. And so, many of you have asked on Auto articles I've written in the past: "Why doesn't Google just build an Android Car OS?" While Google may not have been listening per se, they definitely had the same idea, and have created just that. You can also check out our video quickly going over the concept below.

The Android in-car concept as it's called here at I/O doesn't have an official marketing name, it isn't announced for any products, it has no manufacturer partners, and the demo car it's inside is basically a custom-fabricated hack job done by Qualcomm. I know that doesn't make it sound pretty, and in fact, that's my point: even though the demo experience was under far from finished circumstances, the Android in-car concept just made me feel good about Google in my car.

The concept is built on a Maserati Ghibli, but neither Maserati nor Fiat are at all involved with this project - it's 100% Google and Qualcomm. Qualcomm purchased the car and had the entire dashboard gutted and replaced with a big 4K touchscreen and a fully digital gauge cluster. It looks exceptionally clean, though when you get inside and poke at things it's clear this just an engineering concept, not a production quality vehicle (nor should one expect it to be). It's what happens on the screens that really should get you excited. 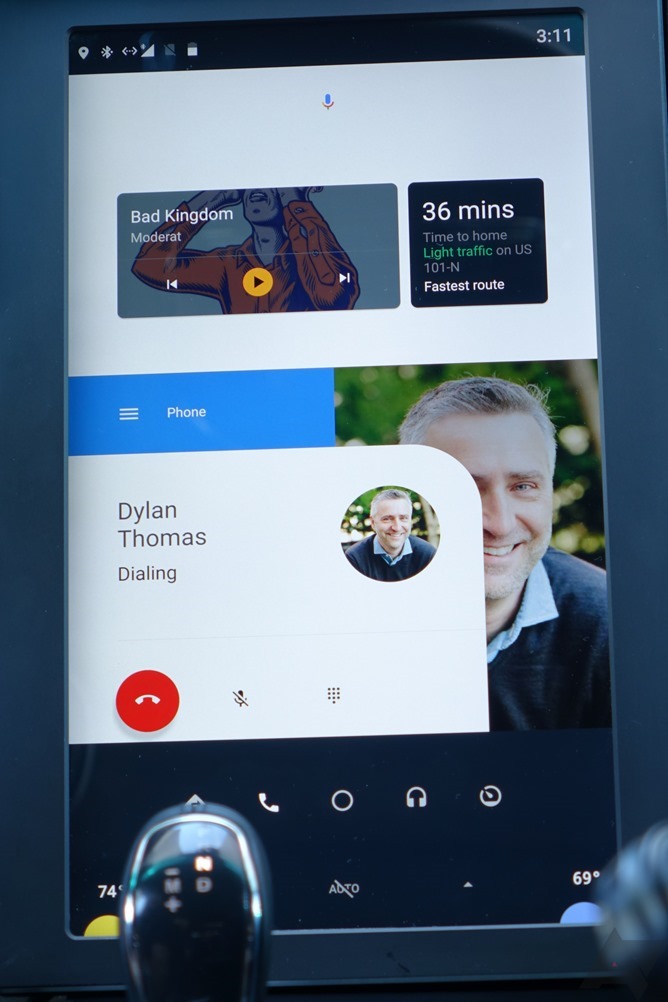 The car runs Android. Android N, to be specific. Android N is the first version of the OS with tools and APIs specifically for common core vehicle functions that manufacturers already build into many infotainment systems today, like HVAC and various other controls and sensors. And according to Google, adding these things to Android was only a logical next step, as they claim the reason many carmakers haven't been interested until now in a true "Android" infotainment system was the lack of these tools - automakers had to build them themselves, and that meant hacking together an incompatible fork of Android like those you see on a number of vehicles on the road today (none are branded as Android, but they're based on it). And as we all know, Google abhors forks. A full Android automotive OS could, potentially, avoid those forks. 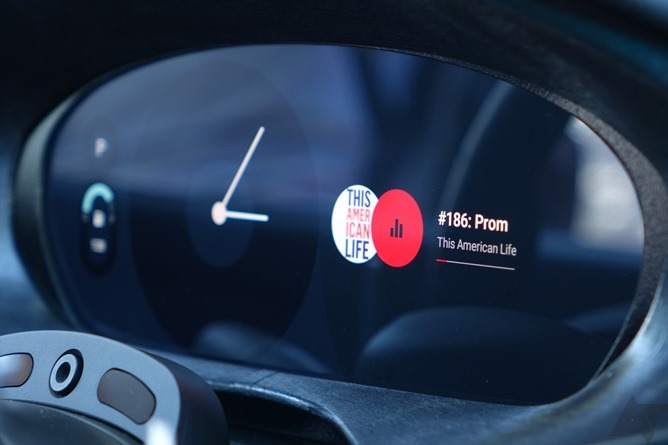 The experience is quite neat - everything from heating and air to seat massagers (yep) is managed on the gigantic touchscreen in the center of the concept vehicle, and the Android OS even projects secondary information onto the vehicle's digital gauge cluster. The way the cluster animates new music tracks, calls, and turn by turn directions is just plain cool. The interface itself looks like a mashup of Android Auto and something that's altogether a bit new, with much higher information density than the current Auto UI. The HVAC controls, for example, are little balls at the bottom corners of the display that pop up. There's a status bar at the top of the display indicating your connected smartphone's status (and presumably, vehicle status), too. 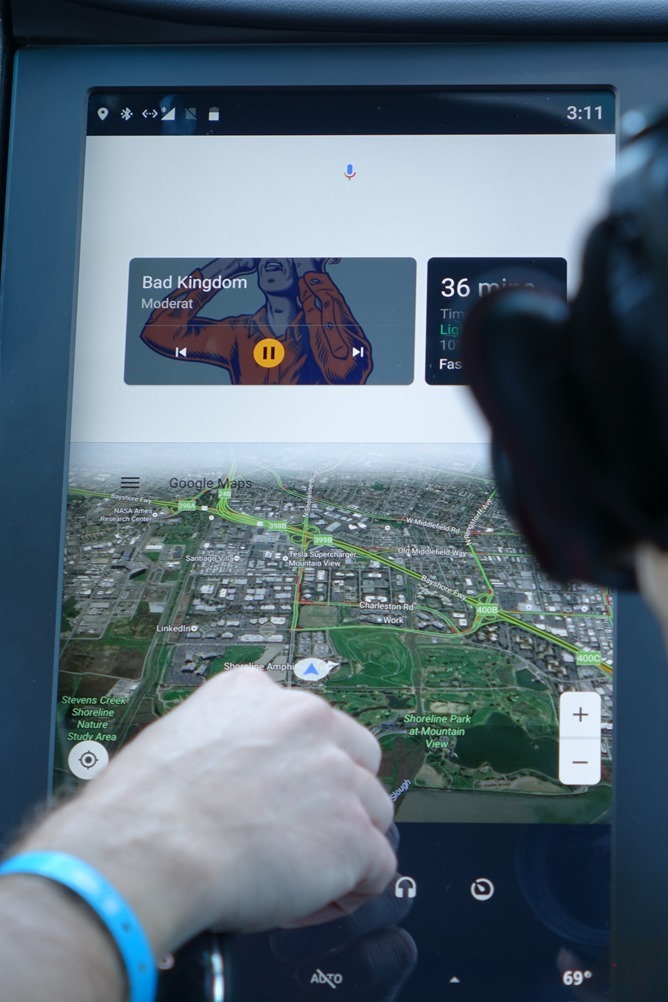 The real story is the level of multitasking Google is achieving with this massive touchscreen canvas in the center console, allowing multiple activities to be going on at once, something that Android Auto seems firmly entrenched in avoiding. And yes, this all runs on the car - theoretically, a phone isn't even necessary if the car has its own mobile data connection, which is pretty amazing. It's all powered by a Qualcomm Snapdragon 820A - an automotive grade version of the 820. And everything in the interface has that Google touch - you know this is an Android-powered product. 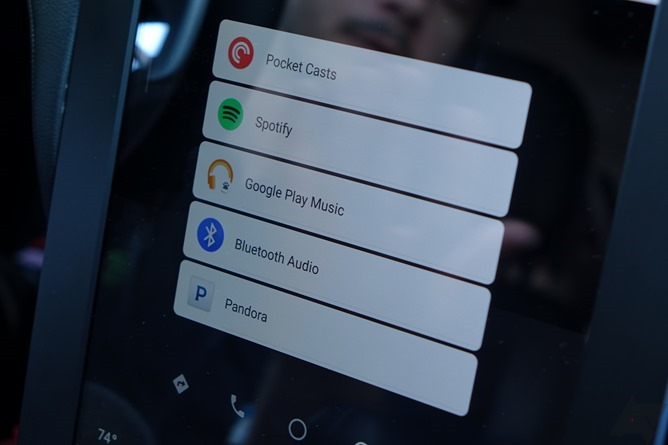 So, you ask: is there any reason to expect this in your next car? Well, probably not. I'd even say straight-up "no." What Google is doing with this concept is far more about marketing to vehicle OEMs and demonstrating viability than pitching consumers on some inevitable Google infotainment that will be adopted en masse by manufacturers. Car companies would be able to skin the interface - the extent is unclear - and if they decided they didn't want Google's integrated services (Google Mobile Services), they could simply build their own platform and APIs on top of the open source Android vehicle platform... creating another fork. Which, frankly, they may do exactly that. Google obviously hopes that it will convince carmakers just as they did phonemakers that Google's app store and core services are such value-adds that subjugation to Google's definition of compatibility is a worthwhile business decision. I have sincere doubts about vehicle manufacturers being quite so receptive to such an arrangement. But, weirder things have happened.

That doesn't take away from the concept, though - it's just plain cool. And the massive line to hop in and try it out made that much clear.

In Case You Were Wondering, Google Is Working On App Ratings And Reviews For Android TV