Facebook's Marketplace keeps surfacing in the news every few years. The feature was originally announced in 2007, then re-appeared in 2015, and was most recently spotted on iOS last month. And now it's showing up for users of the Android app.

The Marketplace is Facebook's way of tapping into local buying and selling. Right now, there are plenty of Facebook groups that offer you the option to list your used or new items for sale with a price, pictures, and get comments and messages from others about purchasing them. But the option is confined within Facebook's own group limitation: your messages are separate from your sales and as a buyer, you can't see all the items available for purchase around you unless you join and visit each group separately. Searching through all the listings also sucks and there are no clear categories to limit your browsing.

That should all be solved by Facebook's Marketplace. It's a separate tab inside the app that lets you explore items around you, list things you want to sell, follow conversations with sellers and buyers, and so on. Marketplace listings also won't clutter up your own profile unless you decide to let them display there. 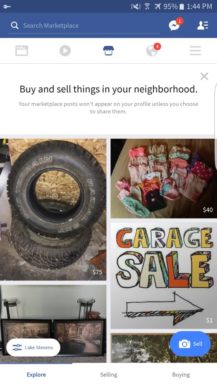 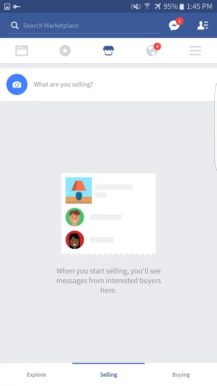 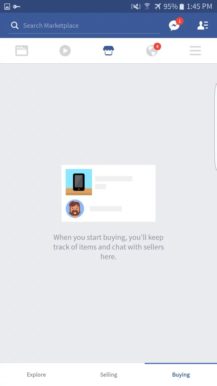 We've only gotten one tip about the feature so it's likely still very limited in testing and scope. Keep your eyes open for it and let us know if you start spotting it on your device too.

Nokia-Branded Phones And Tablets Returning To The Market, Will Run Android