As far as novel features go, the closest we get is that when you receive a video call, you can see the live video of the caller before you answer. That should make for some really fun experiences. Edit: Google is calling this feature "Knock Knock."

Beyond that, there is no teleconferencing, no machine learning bells or whistles, or anything similar.

The priority with Duo seems to be just getting a good under-the-hood engineering backbone to make the video calls as smooth and high quality as possible. While it is being described as a companion of sorts to Allo, the ways in which they work together aren't yet clear.

Both Allo and Duo are slated for release in the "early summer" this year.

Google has released a few more details about Duo.

According to a new post at the Google Blog, Duo calls will default to 720p HD video quality. They say that it is optimized for iffy connections and there shouldn't be problems transitioning between WiFi and cellular data sources. Lastly, they have clarified that calls on Duo will use end-to-end encryption.

The Duo app has been published on the Play Store for pre-registration.

You can pre-register to get Duo or just look more closely at the info at the newly published page on the Play Store. Here's the app icon: 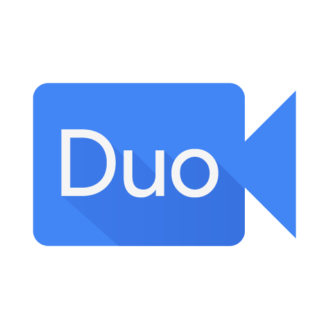 Fitbit Adds MobileTrack On The Nexus 5X And 6P: Track Your Activities Without Any Fitbit Hardware