Assassin's Creed Identity is different. This action RPG, which soft-launched in Australia and New Zealand way back in 2014, lets you control a stealthy sword-wielder in third person, somewhat similar to how you would on a console.

You have four classes to choose from: berserker, shadow blade, trickster, and thief. Whichever approach you take, the Italian Renaissance-era streets will leave you with rooftops to jump off, people to sneak up on, weapons to acquire, and outfits to customize. As you would expect, missions have you escorting important figures, trailing people unnoticed, assassinating key targets, and serving as a courier to get XP. 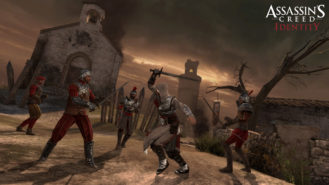 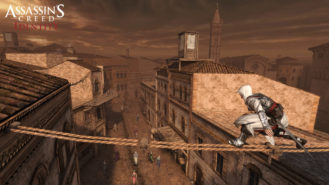 The game can run on devices running Android 4.1 or above. It costs $4.99, with a $1.99 update already available that unlocks the village of Forlì and an accompanying campaign.

SAN FRANCISCO — May 18, 2016 — Today, Ubisoft® announced that the Forlì update for Assassin’s Creed® Identity is now available for download. Developed by Blue Byte, a Ubisoft studio, the game combines the classic Assassin’s Creed gameplay experience with action-RPG elements, bringing it to mobile devices for the first time. Starting today, Assassin’s Creed Identity is also available to download on Android™ devices running on 4.1 Jelly Bean or above.

The update brings players to an all-new location, the fortified village of Forlì, and introduces a new campaign, Forlì – A Crimson Sunset. Players can explore a map from Assassin’s Creed® II and Assassin’s Creed® Brotherhood in two different settings, Dusk and Siege. Additionally, four brand-new story missions are included in the update as well as a completely new type of contract mission, Crow Hunt.

In addition to the new maps and story modes, all players can now enjoy improved daily challenges, new in-app item packs and outfits, and Weibo and Uplay support to play the game across multiple devices.

The Forlì update is available on Google Play™ and the App Store® for $1.99.

Assassin’s Creed Identity is available on both platforms for $4.99.

Family Library For Google Play Purchases Is Official, App Purchases Will Be Shared Among Up To ...