The third iteration of the Android N dev preview is starting to hit devices, so it's time to turn that test unit back on. Google announced a few new goodies during the I/O keynote today, and they'll be available to play with in the latest N build.

There are several ways to get the new preview build installed on the Nexus 6, 6P, 5X, Pixel C, and other supported devices. There are OTA updates rolling out now for those in the beta program. Just head to the update menu and it should be available. Those update files can be downloaded from Google's dev page too. The images are live for most devices as well (build NPD35K). These packages can be installed on a device even if it's not running the preview yet. 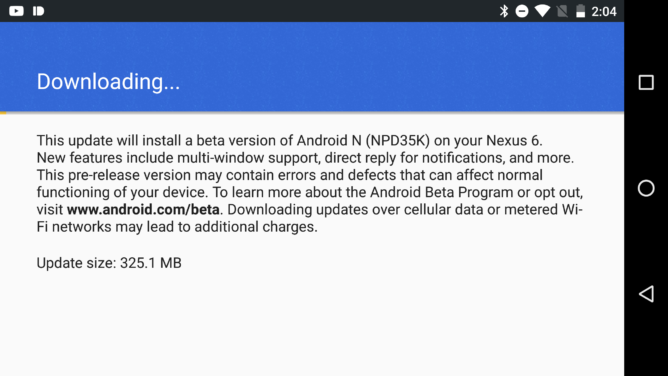 Google said this version of the preview would be more stable and actually encouraged developers to install it on their main phone. It should include a preliminary version of the Daydream VR dev tools and tweaks to the way recent apps are handled, among other things.

Over 600 Android Phones Launched In The Last Year, 65 Billion Apps Installed, And Other Numbers