The once beloved ES File Explorer was revealed recently to be little more than a Trojan Horse, used to get adware installed on thousands of devices with one update. This was apparently just the beginning. Users have started compiling a spreadsheet of apps that sneak the same adware-infused charging lock screen onto your device. There are already about 20 of them. Google, where are you?

The spreadsheet includes apps like ES, Xender, Z Camera, FotoRus, and more. None of these apps tell you upfront they will slap ads on your phone while it's charging, but they do. I checked a few of them to make sure, and it's the exact same screen we saw on ES (an extra lock screen for charging that has ads on it). It's not opt-in, either. The "feature" activates itself. It's a stripped down version of DU Battery Saver, an app that has over 10 million (obviously paid) reviews on the Play Store. And let's be clear, this app does absolutely nothing good for your phone. It's garbage, and now the developers are sticking their garbage in other apps. 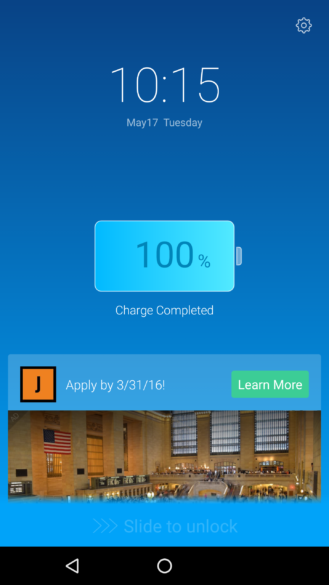 This is not only annoying, but it's a violation of Google's developer policy. There's no doubt this matches the definition of deceptive behavior, as described in the policy center. So, Google doesn't have to invent a new policy to go after these apps; it's already against the rules. The developers who have entered into this deal with the devil are probably hoping to make a quick buck and no one would really notice. But here's a thought, maybe Google should enforce its rules and smite someone who deserves it for once.

Google has the explicit right to permanently terminate apps and dev accounts for serious violations of the guidelines, and doing so to all these apps would send a clear message. I know that Google I/O is about to start, but is no one paying attention? This problem is only going to get worse the longer people get away with it.