Owners of the Galaxy S6 and S6 Edge on America's #2 carrier are in for a new sweet treat. It would appear that AT&T has begun rolling out a Marshmallow update for both devices. In addition to the host of goodies provided by Google and Samsung, there are also some welcome omissions from the Death Star in terms of bloatware. The update removes Keeper, Facebook Messenger, and AT&T Live, and moves AT&T Mail and YP Mobile from the permanent install to "virtual" preload, meaning you should now be able to uninstall the apps if you so desire.

Some may recall that we originally posted about this update back on April 29, but it never materialized. Oh well. When you've been waiting this long, what's another 19 days? 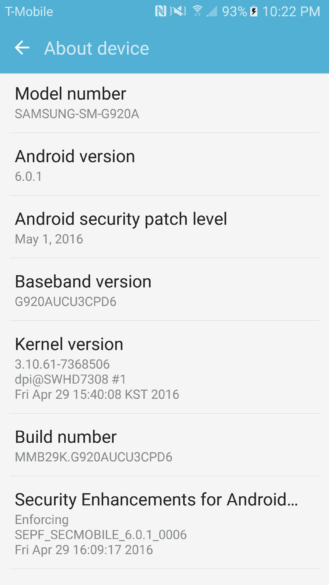 The new firmware is G920AUCU3CPD6 for the Galaxy S6 and G925AUCU3CPD6 for the S6 Edge. They're based on Android 6.0.1, build MMB29K. The updates both weigh in at around 1.5 GB, so allow for plenty of time to download and install them.