The original Vector was a hit when it came out a few years ago, and now the developer has released Vector 2. The gameplay is similar to the first one, but the upgrade system is much more extensive. It's actually a little confusing. Such is the cost of progress, I suppose. 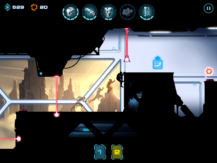 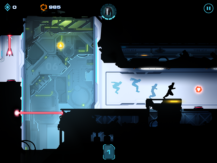 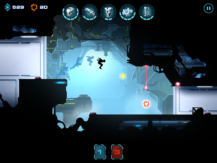 The premise of Vector 2 is simple—don't run into stuff. Your character runs across the screen, and you use swipes to avoid all the obstacles and traps in the way. The animations are smooth and almost choreographed in their elegance. You'll unlock stunts and abilities as you progress, but also gear that can help you survive an encounter with a laser or landmine. The upgrade system really could use a better tutorial, though.

The levels are procedurally generated, and often have multiple paths, some of which can only be completed with certain gear and abilities. That makes it a little more worth your time to replay levels.

Unfortunately, there's not a standard premium version of Vector 2 like the original had. Instead, there are a handful of in-app purchases for in-game currency. It doesn't seem too imbalanced, but your mileage may vary.