As we reported yesterday, Google recently opened up the Google Dialer app to virtually all phones running Marshmallow. Great! Everyone was happy for a few hours, and then the other shoe dropped. It turns out this was not intentional on Google's part, and the Play Store listing no longer allows installing on non-Nexus phones. What's more, sideloading is blocked in the latest build.

Google reached out to us to confirm that the Play Store compatibility was an error. Fair enough, as most phones don't necessarily support swapping out the dialer without tweaking. However, it looks like the latest version of the Dialer has been altered to prevent installation on non-Nexus devices. Attempting to sideload the new 2.5.12_rc9 version gets you this in logcat.

RC9 is looking for a specific library (/system/framework/com.google.android.dialer.support.jar), and the installation fails when it's not found. That's probably only on Nexus devices, and the older RC8 build didn't look for it. 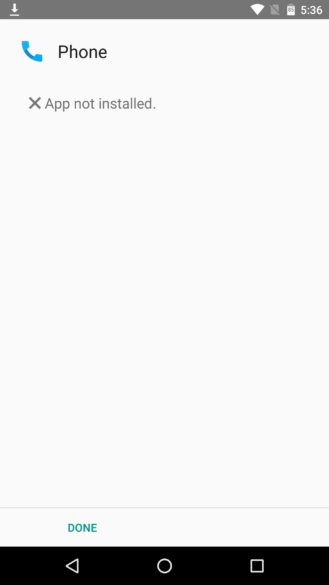 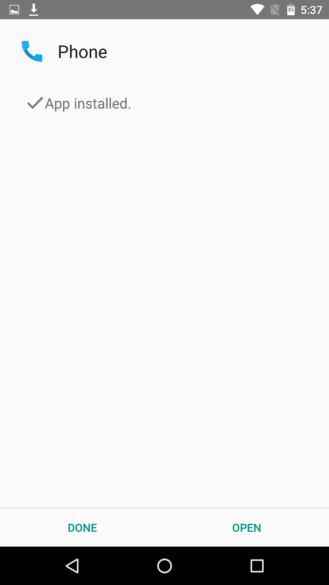 So, that's how Google's blocking sideloading now. You would probably be able to push that library to a rooted device if you could extract it from a Nexus, but that's a lot of work for a dialer.