Well, some locations anyway. Dark Sky will work for general weather data anywhere in the world, just like most services. But for that insanely detailed and specific hyperlocal forecast, users will need to be in the United States, the United Kingdom, Ireland, and only some parts of Canada and Australia. (In Dark Sky's defense, those last two are really big and full of huge tracts of uninhabited land.) The user interface is serviceable if not amazing, it includes homescreen widgets, and it can send notifications for those accurate rain alerts. 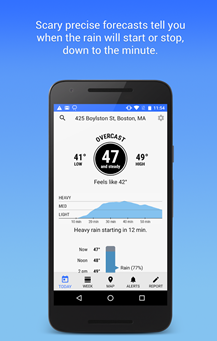 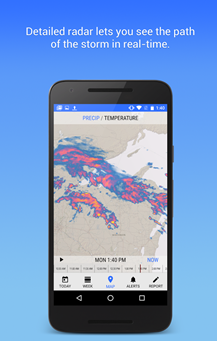 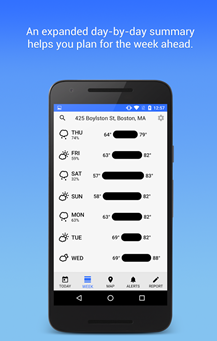 The basic weather forecasts are free, and so are the hyperlocal forecasts... for two weeks. After that users will have to sign up for a recurring subscription of $2.99 a year to access the super-accurate weather data. This has rained on the parade for Android users in particular, because over on iOS Dark Sky is a one-time purchase of $3.99. To be clear, I don't think three bucks a year is an unreasonable amount of money for the kind of service Dark Sky is providing, but making it more expensive than the Apple version (at least in the long run) is not appreciated. The widgets and notifications are locked behind the paywall too, making the free version of Dark Sky notably less useful than Google's own weather app. 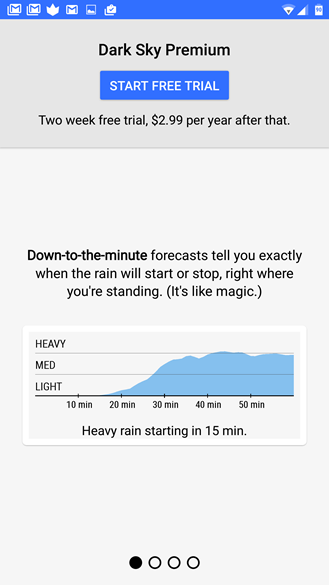 It doesn't help that the developers seem to have copied the iPhone user interface verbatim for Android with no thought for Material Design guidelines, and that the iPhone version boasts an Apple Watch app while the Android version has no mention of Android Wear. It's not hard to see why Android fans feel they're getting the short end of the stick, and they're making their displeasure known on the Play Store, where Dark Sky is currently sitting on a 3.3-star rating. Google Is Banning Payday Loan Ads From AdWords, And Payday Loan Shills Are Out In Full Force To ...