NVIDIA started rolling Marshmallow out to the original SHIELD tablet a few months ago after getting the K1 up to date late last year, and now the company is moving the SHIELD to the latest and greatest version. The v4.1 update from 6.0 to 6.0.1 is rolling out now with emoji, security patches, and more. Well, unless you have the more expensive US 32GB LTE SHIELD. Then you're still stuck on Lollipop for some reason.

Here's the changelog for OTA 4.1 for the SHIELD Tablet.

This update should address some of the little issues owners have been complaining about. However, owners of the US LTE device are still free to complain about the multiple-month delay on Marshmallow in the US. It still doesn't appear to be rolling out with this update. Last we heard, NVIDIA was waiting on partner approval from AT&T. Yes, the SHIELD is an unlocked device, so I'm not sure why AT&T was allowed to get its hooks into the software.

If you have the standard SHIELD, the update should be available in the system update menu. 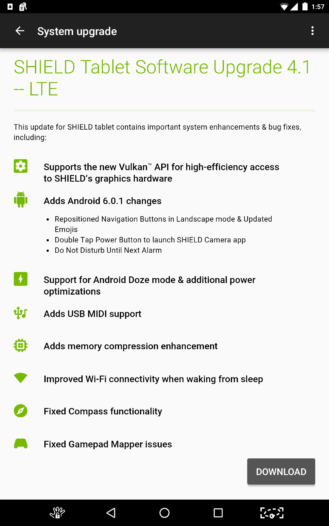 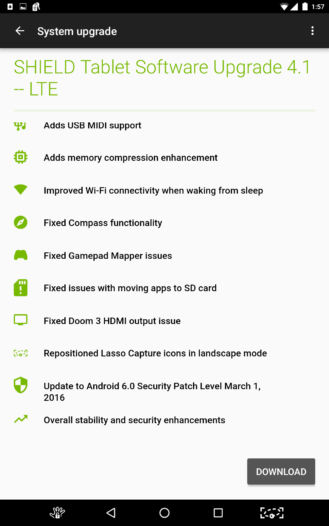